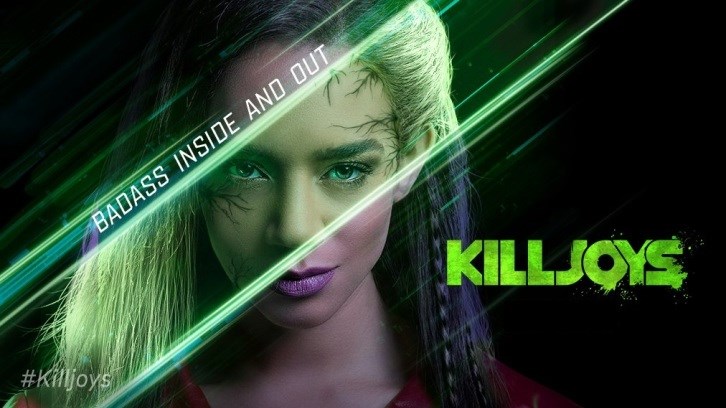 Killjoys season four came to an end with “Sporemageddon,” and I just had to jump in to say a few words about the episode and the season, but I also wanted to thank Kollin Lore for doing a fantastic job reviewing the show this season! So for the finale, we’re going to split reviewer-duties and comment on a few aspects of the show and the season. The episode was written by Adam Barken and directed by Stefam Pleszczynski.

Overall thoughts of the season: 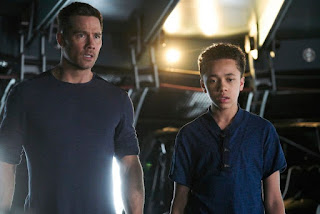 KL: The season as it went along was thoroughly entertaining. However, looking back at the whole season as an arc it was really just one big buildup to the final season. They really dragged out the Lady in the Green - a lot of exposition about her to fill in time, but no show. Smaller stories were introduced like Johnny (Aaron Ashmore) being injected with the green and the training of Jaq (Jaeden Noel), which were entertaining and gave us some fabulous character moments, but there was a lack of real conflict to bite into. Ultimately, it was an entertaining season, with some great character development, especially with D'Avin (Luke Macfarlane) and how he navigated fatherhood in these crazy times, but the season ultimately felt like a stepping stone to the last hurrah. 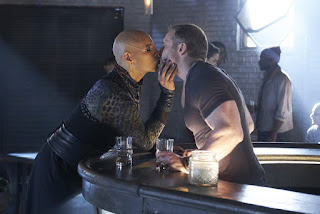 LM: I liked the season as a whole. I felt like they kept the action coming at us. Not surprisingly, it felt like a very, very different show as we had a new showrunner in Adam Barken. I rather miss them actually having to juggle Warrants with the season arc mission. My biggest quibble with the season is that we didn’t see our core team together enough for my tastes. I did like that we got a lot more from the “supporting” characters like Pree (Thom Allison) and Turin (Patrick Garrow). I loved Pree and Gared (Gavin Fox) together, and I loved – and mourned – Turin with Weeg (Ish Morris). The very first episode’s flashback to Dutch (Hannah John-Kamen) was terrific, and I enjoyed seeing how they began.

Thoughts on the Season Finale: 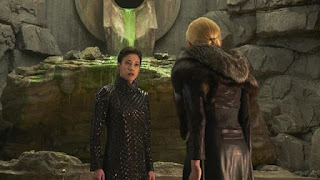 KL: I thought it was actually quite boring. The Lady monologues were really dragged out and the pacing was a bit everywhere. The Aneela and Dutch switching places storyline were not given enough time to marinate. The highlight of the episode though was John's sad exchange with fake Pawter (Sarah Power). That was just heartbreaking, especially that line when John tells his brother to not let him turn around. The finale did leave us an interesting cliffhanger and of course, The Lady's appearance is as a little child. 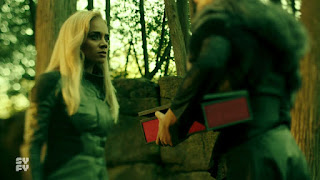 LM: I have to agree with Kollin that this was far from their best ever finale. The Lady never really reached the level of fear that they were going for with me. She was too “unknown” to generate real tension for me – Aneela was far more interesting as “the villain” of season three. I actually thought that this was the least well that John-Kamen played the two characters off each other – that is, Dutch kept slipping through when Aneela was supposed to be in her body and not pretending to be Dutch. I also agree that the emotional high point of the episode was John having to live through Pawter’s death and then walk away from her. Did we ever get an explanation for the fruit that Khlyen (Rob Stewart) left for Aneela? Villain monologuing is never great – and here again, I agree with Kollin.

I loved that Turin wasn’t fooled by Aneela as Dutch. I also really liked D’Avin using his powers to “poo-face” the imaginary army – even after declaring, “Enough magic bullshit, let’s shoot stuff!” I did like Pree comforting Zeph (Kelly McCormack) and the fact that his comfort was the exact opposite of what the Lady wants. He tells her she won’t get over her grief, but what’s behind her is just shadows – she needs to move on. The Lady wants all their memories – which makes it weird when she wipes everyone’s memories… And that was the part that I absolutely loathed about the finale. The ending sucked. Suddenly, everyone is just living in bizarro world? And from the few clips we saw of next season, it looks like they won’t be there for long – at least not long after the season begins. Turin’s hair would seem to indicate they’d been in bizarro world for a while. And how will Dutch and John feel about having slept together? Blergh. 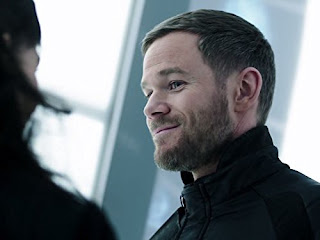 KL: I was really excited to see where John's arc would take him in Season 4. The promos made it out as if he were going to be some kind of saviour to Dutch, and after the first episode when we got that line, "And the thief that saves the world.." it went nowhere. John went back to being in the background as the third wheel. It would have been nice to get some tease if they plan on continuing this storyline next season. What I found they did do well with John was this whole idea of how alone he is. John, the most likely to find his soulmate and live happily with her, ends up seeing his love die in his arms, while his brother gets Dutch. I'm curious to see where his storyline ends up, but it would have been nice to see a little bit more development this season with regards to his importance to the fight against the Lady. 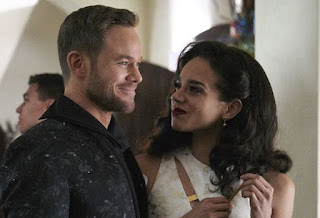 LM: I loved John’s arc this season. Seeing young Johnny, then greened-up John, then grief-stricken John gave Ashmore a lot more to do than he’s had in previous seasons. For my money, he’s one of the best actors on the show, so it was great to see him strut his stuff. I do think that he was able to play a role to save Dutch, and unlike Koliin, I think it did play out – it was because he’d been in the green that Dutch was able to get out, and it was his accurate recollection of the memory that let them tease out what was wrong with Dutch’s. 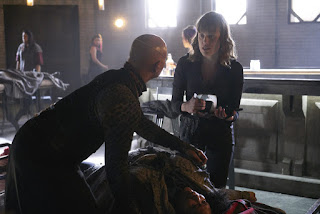 KL: Zeph (Kelly McCormack). McCormack was given the most growth this season. We got to see a more vulnerable side in Zeph as her feelings for Pip started to come out. And just when she opens herself up completely to him, he dies. Her reaction to his death was just so raw and emotional. We also got to see her relationship with Dutch explored more, something we never got to see a lot of. That scene when she called Dutch selfish for wanting to kill herself and how she did not want to see any more of her friends die was not only foreshadowing the death of Pip, but it really did feel so genuine. Zeph turned out to be the soul of season 4. 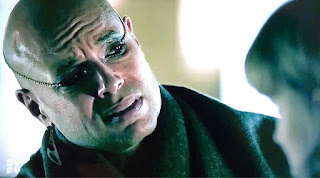 LM: This is where we are really going to part company. I still loath the character of Zeph. I think that Kelly McCormack did get substantially better this season, but I still found the character nails-on-a-blackboard annoying. I think I’d have to give MVP to Pree with John as runner up. I really just can’t get enough of Thom Allison! I loved him prepared to run in and save his man, but also able to tenderly comfort Zeph. And really, I’d be re-miss in not mentioning Pip (Atticus Mitchell) – he did make the ultimate sacrifice after all. Quite a character arc from a self-serving coward! 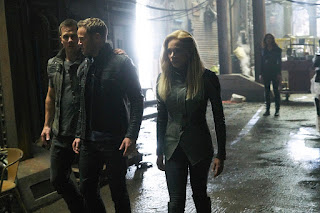 KL: Many would say Pip dying, but I have to go with John and his exchange with Pawter. Her death still resonates two seasons later, and it was just so gosh darn painful to see John get close to her, yet not really close at all, and as mentioned his line to D'avin to stop him from turning around as he walked away was a real tear jerker. Sniff 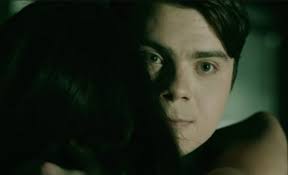 And that’s a wrap for season four! Please weigh in on the topics above! What did you love/hate about the season and the finale? What are you hoping to see in the final season? Let us know in the comments below! 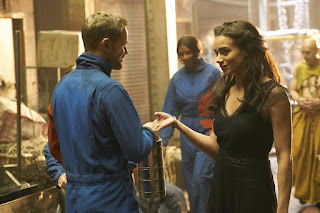