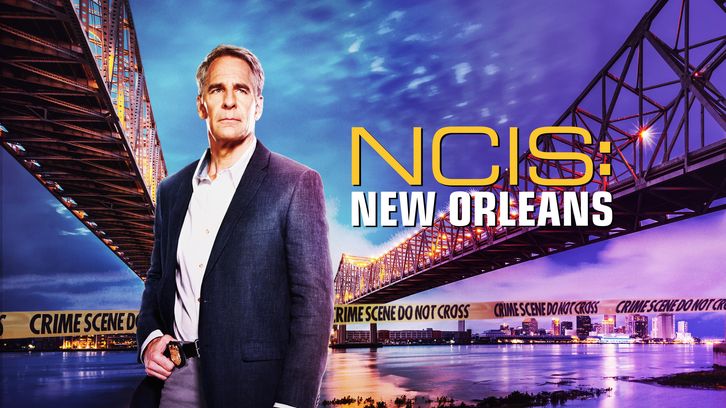 
Recap – Pride grills Paul Dolan, the man arrested for the murder of Cade LaSalle. Christopher LaSalle bursts into the room and explodes on Dolan. Pride tells Dolan, “We’re done here,” and cuts him loose. Dolan makes a call before driving to a bridge, where get gets out of his car and jumps off.

Pride calls HQ. He wants Khoury and Gregorio to dig into Dolan. He also asks Sebastian to join him at the scene of the crime with his forensics kit.

LaSalle heads to Dolan’s apartment, where he runs into Dolan’s girlfriend, Sue-Ann Hughes. He informs her that her boyfriend is dead. She says that Dolan cancelled their date and brought her to a cabin instead. He was allegedly talking to someone while she waited in the car. When Dolan left the cabin, he had a knife in his hands. One he didn’t have on the way in. LaSalle thinks it’s the murder weapon.

LaSalle thinks he sees something. He heads into the cabin, where he finds a huge bloodstain on the floor. He thinks it is where Cade was killed. As he’s investigating, they are attacked. Christopher is shot (I originally thought he was stabbed) and is laying on the ground unconscious. Sue-Ann appears to have been shot. Pride and Sebastian show up seconds later. Pride falls to Christopher’s side and tells Sebastian to call an ambulance.

Sue-Ann and LaSalle are rushed to the hospital. Pride is covered in Christopher’s blood. Sebastian holds Pride back as LaSalle is taken into the operating room. Dr. Wade, Patton, Khoury, and Gregorio meet Pride and Sebastian in the emergency room. Dr. Wade assures Pride that Christopher is in the best trauma center in three states.

Gregorio looks after Sebastian, who is really struggling. She’s struggling too. This is really tough to watch. They are a family experiencing unthinkable pain.

Sebastian has a flashback of working with LaSalle on REACT training.

The doctor gives Pride an update. LaSalle is stable, but he’s very fragile. There was a lot of internal damage from two gunshot wounds. Dr. Wade sits with Christopher while Pride changes into fresh clothes.

Patton reassures Pride that LaSalle is going to be okay. They talk about Pride’s own near-death experience and how he recovered.

Christopher wakes up as Dr. Loretta holds his hand. He says, “I missed you.” Loretta tells him that she missed him too. He smiles and says, “Let’s go fishing, Cade.” Christopher codes. The team watches in horror as the doctors fail to revive him. Christopher LaSalle dies.

In shock, everyone stands by Christopher’s side, unsure of how to proceed. They leave one by one, until only Dr. Wade and Pride are left. Dr. Wade says that she wants to give Christopher a proper autopsy. I can’t believe this is happening!

Patton brings his suspicion of Sue-Ann to Pride. There is no evidence that she was ever dating Dolan. He thinks she set up LaSalle to be murdered.

Pride heads to Sue-Ann’s hospital room. He questions her, cutting to the chase. Asking if she purposefully led LaSalle to the cabin to be killed. He asks her, “Who shot my agent, Sue-Ann? You know! Tell me.” Before she can respond, Eddie Barrett walks into the hospital room. He claims to be Sue-Ann’s father. He looks awfully young to be her dad.

Barrett tells Pride, “That’s enough.” He asks to talk to Pride outside. He claims that Sue-Ann’s last boyfriend, Cameron Jones, was, “an abusive stalker.” He said that he told his daughter and Dolan to keep their relationship private for a while, to avoid making her ex angry.

Dr. Wade has Christopher’s body on her morgue table. She takes his hand in hers, recalling a memory of when she accompanied him to his church on a lovely Sunday morning. When Christopher tells Loretta that the congregation at his church accepted him with open arms and never gave up on him, she replies with the Bible verse, “Blessed are the peacemakers: for they shall be called the children of God. ... Blessed are the peacemakers, for they will be called sons of God.” This verse is Matthew 5:9, which is also the episode’s title.

Honestly, it’s difficult to watch and write this review. Seeing him on the table is too much.

Dr. Wade has a lead. The killer’s DNA is under Christopher’s nails. She calls Sebastian and asks for a list of everyone LaSalle came in contact with after he went to the cabin. Using the DNA, she can narrow down their list of suspects and perhaps even identify LaSalle’s murderer.

Back at HQ, Pride asks Gregorio for an update on Sue-Ann’s ex-boyfriend. Turns out he was a bad guy and she did take out a restraining order on him. Gregorio tells Pride that he doesn’t always have to take care of them. She asks how he’s holding up. He says he’s going to get justice for Christopher by catching his killer. They both have an emotional moment.

Khoury comes in with a new lead. Christopher’s killer left fingernail fragments and DNA in his skin. The team gathers around as Sebastian’s DNA match comes up on the screen. The DNA belongs to Edward Barrett! Sue-Ann’s alleged father! Turns out there’s no record of him having any children. They lied to Pride!

Barrett checked Sue-Ann out of the hospital and paid her 20k bill in cash. Pride kicks himself for letting Eddie and Sue-Ann go. Luckily, Patton is able to track them down. He also finds out a lot about Barrett, who grew up as an orphan and was known for behaving violently. He has a long list of criminal offenses and served time for manslaughter. After he got out of prison, any trace of him dries up. No bank account records, no online presence, nothing.

Hannah has a flashback of sitting at the bar with Christopher and Gregorio. He was welcoming her to New Orleans and giving her the low down on all of the best aspects of the city. Once the flashback is over, Khoury admits to Gregorio that she misses Christopher.

Patton feels guilty. He thinks he failed his friend, Christopher. He didn’t look into Sue-Ann after Christopher found her. Pride tries to assure him that it isn’t his fault.

Patton and Pride have a theory on Barrett and Sue-Ann’s whereabouts. Patton works his magic on the computer and locates them.

Pride and his team surround Sue-Ann and Barrett at a diner. He has his gun pointed at them, when Sue-Ann pulls her own weapon out and threatens to kill Pride. Barrett talks her down and she places her gun on the table. He assures her that things aren’t over yet. What does that mean? There’s no way they are going down this easily, right?

Fixing his tie, Pride is going over the eulogy he is going to give for Christopher. It’s a heartbreaking scene, which is interrupted with a flashback of when Pride was packing up to take the S.A.C. position at Belle Chasse. LaSalle says, “Nothing stays the same forever,” and he gives Pride a present. It’s the challenge coin Pride gave him when he first joined NCIS. Back then, it was only the two of them. The flashback ends with LaSalle saying, “Don’t you worry about this place. We’ll be just fine. Proud of you, King.” Then they hug. Back to the present, Pride sits on the edge of his bed, holding the coin in his hands, and cries.

The funeral is a somber scene and difficult to recap. Pride ends his eulogy with the line that Christopher is, “Gone, but not forgotten.”

Everyone heads to Pride’s bar. Patton breaks out into laughter. He recalls a funny story about Christopher and a baby alligator. It brings a smile to everyone’s face. They raise their glasses to Christopher. The episode concludes with Pride repeating his parting line from Christopher’s eulogy, “Gone, but never, never, forgotten.”

Review/Thoughts – WHAT JUST HAPPENED!?!? HOW IS CHRISTOPHER LASALLE DEAD? Brody leaving was one thing… Percy going was another, but LASALLE? No way! This has me questioning everything. Not sure if I can continue to watch… Lucas Black is everything. The show will not be complete without him. I’d love to hear your opinions!

Aside from the shock that so many fans are experiencing, does anyone have any insights on how everything is connected? My mind is a blur, but how are Cade’s death, Christopher’s death, Barrett, Sun-Ann, their easy surrender, and the synthetic opioid, all connected? How do all of these pieces fit together? Leave your thoughts below!


What did you think of this episode? I can’t wait to hear your thoughts! Be sure to leave a comment below!

Also, have you missed an episode or two? Need to catch up or just want to refresh your NCIS - New Orleans memory? You can access all of my SpoilerTV reviews and interviews by clicking on the following link: http://www.spoilertv.com/search/label/KA