The Angel of Darkness - Matt Letscher and Brittany Batchelder to Recur in TNT's The Alienist Sequel Series By Nirat Anop (June 16, 2019, 12:35 am) The Alienist 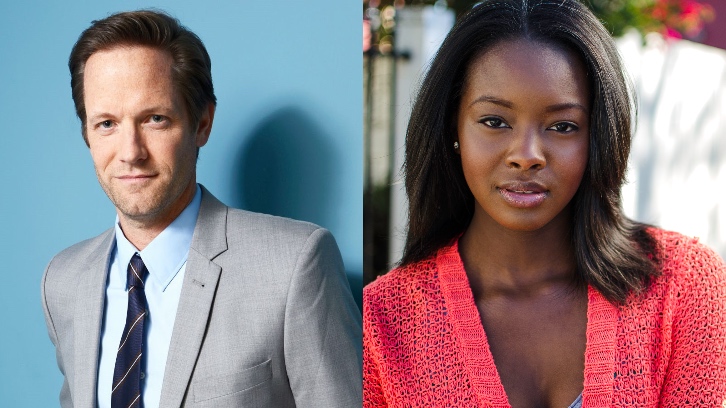 Matt Letscher (The Flash, Legends of Tomorrow, Narcos: Mexico, The Carrie Diaries) and Brittany Batchelder (The Alienist) have joined the cast of TNT's The Angel of Darkness, the sequel series to The Alienist, per Deadline. Letscher and Batchelder will recur in the TNT limited series.

Daniel Brühl, Luke Evans and Dakota Fanning return for The Angel of Darkness which finds Sara Howard (Fanning), who has opened her own private detective agency, enlisting the help of Dr. Laszlo Kreizler (Brühl) and John Moore (Evans) to hunt down an elusive killer.

Emmy Award-nominated writer and producer Frank Pugliese (House of Cards) will serve as the showrunner for The Angel of Darkness, the sequel to author Caleb Carr's best-selling The Alienist.

Batchelder will play Joanna, Cyrus Montrose's niece, who returns to New York as an aspiring journalist who becomes a protege to John Moore (Luke Evans) at the New York Times.