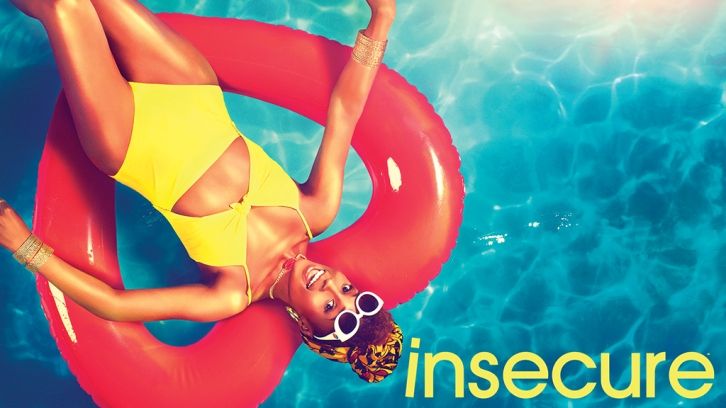 Insecure's "Fresh-Like" was straight up refreshing to watch. Slowly, but surely Issa has been trying to move forward. Move forward in her job, in her love life, and into all out adulthood. In this episode, she took the plunge we have all been wanting her to take since day one.

Issa's love for music and penchant for writing dope lines has been apparent from the start of the show. But as she dealt with the troubles of her life, that part of her seemed to take a back seat. Issa's rapping alter-ego "Mirror Bitch" made her return Sunday night, and though it was short-lived it was exciting to see. Since living with Daniel, it was pretty impossible to partake in her bathroom ritual. Now with her own place, she can start to reconnect with that part of herself as often as she wants.

The reappearance of her alter-ego was brilliantly woven into the story of finding her old rap journals. Listening to Issa spit her teeny bopper lyrics was funny as hell, but it was also really integral to her story-emphasizing the importance of music in her life. A few episodes ago, it felt like Issa and Daniel were reconnecting romantically through their love of music, but maybe seeing Daniel's passion for music simply helped to reignite Issa's. The complacency with "We Got Ya'll" was only punctuated by seeing the sheer joy that music brought to the students from the rival not-for-profit. All roads have been leading Issa to finding purpose with music and then here comes Nathan for the win.

Wow! The scenes with Issa and Nathan were some of the most innocent and heart warming takes on the delicate dance of connecting with someone new. How much to reveal? To skinny dip? To take you home? And with a black couple too! B.E.A.U.T.I.F.U.L. A mostly innocent date, minus the breaking and entering, gave Issa new perspective. The little nudge that she needed to let go. Let go of the Lawrence mix-tapes, the romance novels, and the dead end job. Nathan's willingness to jump into life in L.A. helped her to see that what she was holding onto wasn't worth it anymore. Not necessarily convinced Nathan is the one, but he's the one for right now. Plus, they were just too cute. A trouble making pair, but cute.

As for Molly, seeing her still going to therapy was cool. Seeing her continue the self-care she started makes us hopeful that she will find what she's looking for. Taking her therapist's advice and offering to be more helpful seemed to work, but there is still something a little strange about that firm. Is it just the awkward phase of being the new person or is it that she truly doesn't fit in there? Just because it's a black firm doesn't mean it's the one for her. Maybe Molly's romantic independence translates into her career. What if she opens her own firm?

The possibilities are endless for both ladies, but I guess we just have to see what's next with our besties. Looks like on to Coachella!

Things I Was Thinking as I Watched:

*Daniel didn't step foot inside Issa's new place. Salty much?
*Did Molly do the Wakanda Forever?
*Nathan and Issa- Nissa?
*Why can somebody new make us do insanely stupid stuff?
*Why does it take an hour for four tacos? L.A. people, is that real?
*We need more "Mirror Bitch".
*Being an apartment manager cannot be easy.