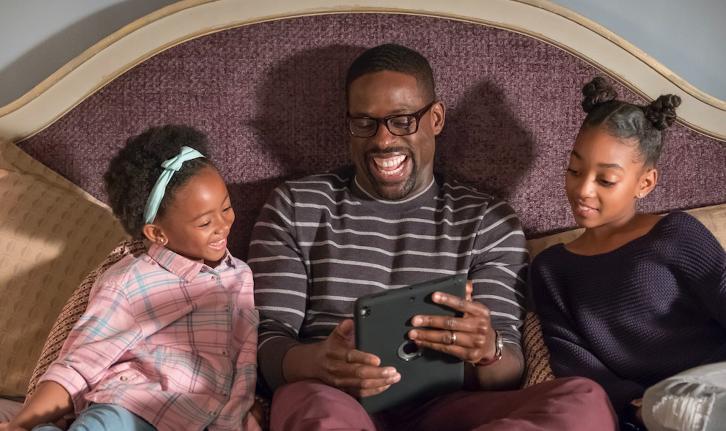 EW Interview
Did you learn Kate would become pregnant and that she would miscarry rather quickly in the same conversation with the producers? And what were your initial feelings on those turns for the character?

We found out the middle of the summer when we had our meeting, and, ooooph, of course I was devastated. More so for the audience, because I think they are rooting for Kate and Toby as a relationship for so many reasons. And that it’s a story line that needs to be addressed on network television — not just because of pregnancy, but because of plus-size pregnancy and it’s an unconventional relationship, they’re not married, they’ve just moved in together. There’s so many reasons why I think it’s important. I was a little disappointed, I was like, “Ohhhhhhh. Well, okay.” But I do believe that somewhere down the road, and especially as you learn in the last scene, there’s hope, and they are able to come through this really traumatic life event together, and stronger than ever, and hopeful about the future and conceiving again.

Source:
Read More on EW
Variety Interview
Do you think that self-loathing started with her father’s death or was it re-triggered after years of being “Number Two” in the family?

Oh sure, everybody sort of bet on [Kevin], and he was walking first and he’s a tough guy, the Alpha male, and then there’s Kate, and she’s sort of always behind. What we found out was she didn’t walk as quickly as Kevin did, and she was always in the shadows, always trying to catch up. And then there’s Randall, who’s not biologically related but a rockstar in his own way. I have an older sister, and there was a lot of pressure, and I always joke that “I’m the middle child and that’s why I’m an actress — because I never got the attention!” And we have another sister who cannot do any wrong. So I can totally relate to all of those dynamics, and I think a lot of people can, because while my philosophy is that we’re all given what we’re supposed to have, and we learn all of the lessons we need to learn in whatever order we are in the family or fill in the blank, this is a great way of telling different stories from different perspectives.

Source:
Read More on Variety
THR Interview
"He has his own pain and his grief [over the baby], and his previous marriage was somebody who completely disregarded who he was as a human being, and all his goodness, but just took advantage of him," Metz says. "I think with Kate, she enjoys that. She is romantic, and she loves love. He knows [the bath] is important to her because she went to go measure the bathtub for the baby bath and that's where the miscarriage [began]. How does he process his grief in his style? What can he possibly do? He cannot help her in any way, physically, mentally, emotionally until she lets him in. What does he do? That's the way of him deflecting or him trying to help in his own way — to stop the mail coming so she doesn't even see the box of the baby bath. ... He was in a lot of pain and that was the only thing that he could potentially have control over because he doesn't have control over anything else. It's a really sweet gesture, and we do what we think is right at the time."

"THIS IS US"
"NUMBER THREE"