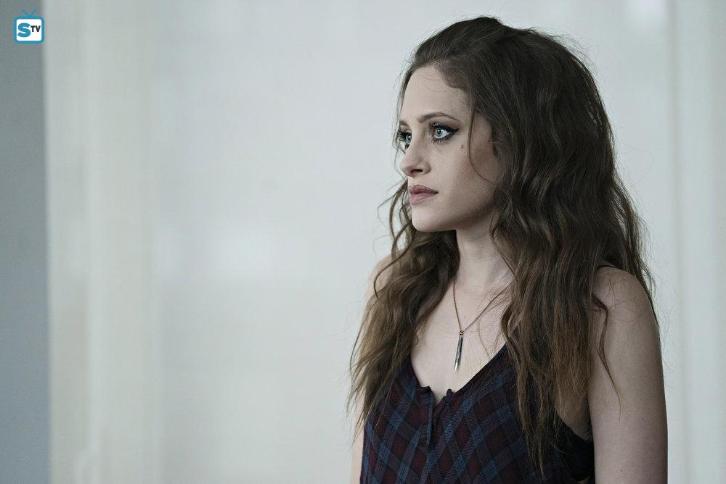 
When we catch up with Joanna in this episode, we see that she's been paying money to Kareem, the attendant at the parking lot where Elliot woke up in Tyrell's car at the end of last season...

It's an interesting thing, right? Kareem shows up in Joanna's car, and they have this... I want to call it an odd conversation. He's obviously very worried about something involving the FBI. But from Joanna's point of view, we have no idea what her particular deal is in this scene. We don't know who she's protecting. Is she protecting him? Is she protecting herself? Is she protecting Elliot? Is she protecting Tyrell? To me, playing this scene was so, so odd, because all of the sudden, the link between her and Elliot and Tyrell's disappearance is starting to mush in together. How does she even know who this guy is? It's mystifying. And we also see [Joanna's bodyguard] Sutherland (Jeremy Holm) telling Joanna that they're in a great deal of money trouble. I think this is the first time in Joanna's life that she's been put into that predicament.

Joanna's funds are dwindling, but late in the episode, she tells her lover that she actually likes that he's not wealthy — that she's had lots of wealth in her life, and it never brought her happiness, and this is why she loves him. Should we believe her?

Right now, I think in Joanna's life, she has no idea where Tyrell is, right? She's receiving these odd gifts and she hasn't heard from him. In part two of the season two premiere, she's sitting by this burner phone, and it rings, and she misses the call. Obviously, she's in a state of turmoil. With someone like Joanna... let's call her a fox. When a fox like Joanna is caught somewhere, she has, like foxes do, an escape route. They always dig two holes. They have one to exit and one to enter from. Right now, Joanna is sort of frantically digging up other exits as to where she's standing right now. I think for the first time in her life, she feels caught. Her husband is missing. The world is exploding and in turmoil with the hacks. So she's digging escape routes and planning alternate exits for whatever outcome will come from her scheming this season. Maybe this man is one of them — maybe there's an agenda here — or maybe it's actual love. We don't know.

Elliot can't quit the game; Dom and the FBI head to China to investigate 5/9; Joanna is haunted; and Darlene calls on Angela for help.