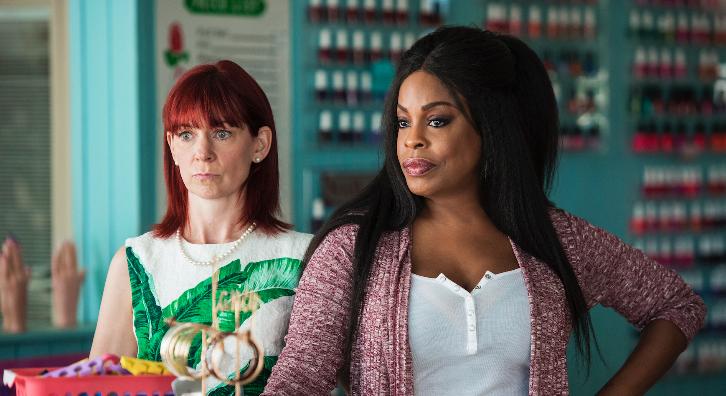 Turner's TNT has announced that the premiere episode of its new drama Claws will stream on Twitter following the series' launch on TNT. Set in a Central Florida nail salon and featuring an ensemble cast headed by Niecy Nash (Getting On, The Soul Man), Claws is slated to premiere Sunday, June 11, at 9 p.m. (ET/PT) across TNT's platforms. Twitter will then stream an encore of the premiere episode at 10 pm. (ET), marking the platform's first ever streaming of a basic cable drama. Fans on Twitter in the United States will be able to access the stream and a curated timeline of show-related Tweets by going to claws.twitter.com, http://claws.twitter.com, as well as via the @ClawsTNT Twitter handle.

Twitter will also play a key role during TNT's 9 p.m. premiere of Claws, during which Nash and fellow cast members Carrie Preston (True Blood), Jenn Lyon (Justified), Judy Reyes (Scrubs) and Karrueche Tran (The Nice Guys) will live Tweet along with the show and engage with fans as the suspense unfolds. They will be Tweeting from New Orleans, where the series is filmed, using #ClawsTNT.

Viewers who miss out on the TNT premiere of Claws or its Twitter encore will be able to watch the series' opening episode through tntdrama.com http://tntdrama.com, TNT On Demand and the TNT mobile app, as well as through primetime encores airing throughout the week on TNT.

Twitter's encore of Claws is its second such collaboration with a Turner network. On April 29, Twitter streamed an encore of Full Frontal with Samantha Bee's "Not the White House Correspondents' Dinner" following the one-hour comedy special's premiere on Turner's TBS.

"As we saw with our Full Frontal with Samantha Bee special in April, a streaming encore on Twitter has the power to reach new audiences and catch the attention of viewers who might not otherwise have sampled our show," said Michael Engleman, executive vice president of entertainment marketing and brand innovation. "By giving viewers the opportunity to watch the premiere episode of Claws on Twitter, we're helping this terrific series build a strong fan base across the entirety of the season, and we're establishing a meaningful connection with those fans through social media engagement."

"We are excited to collaborate again with Turner to help them reach new audiences on Twitter," said Anthony Noto, Twitter COO. "Fans will be able to watch the video of the highly anticipated premiere of Claws and Tweet along with viewers and the cast all on the same platform."

Desna (Niecy Nash) and her girls take pride in doing nails at the Nail Artisans of Manatee County, but amidst painting hooves and dreaming of a better life, she finds herself entangled in a money laundering scheme with the Dixie Mafia. As New Year’s Eve approaches, Desna’s promise of getting out and going clean is complicated when things go south with Roller (Jack Kesy), leading her and newcomer Virginia (Karrueche Tran) to take matters into their own hands, changing their lives forever.