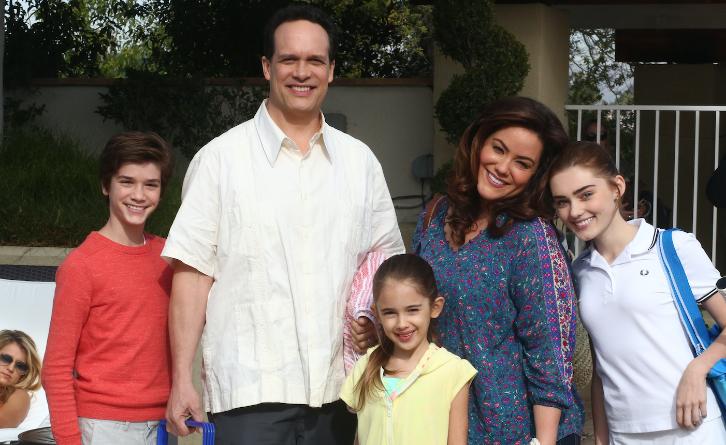 KATIE PANICS AT THE IDEA OF APPEARING IN A BATHING SUIT IN PUBLIC, ON ‘AMERICAN HOUSEWIFE’

“The Club” – When Anna-Kat develops a fear of water and stops bathing, her therapist suggests the Ottos get her to go swimming. But can Katie get over own her fear of wearing a bathing suit in public at the Westport Country Club so she can help her kid out? Meanwhile Oliver gives his dad a style makeover after students at the college give Greg a low “jalapeño” score, on “American Housewife,” airing TUESDAY, MAY 2 (8:30-9:00 p.m. EDT), on The ABC Television Network.

Guest starring are Miya Cech as Marigold and Alexa Sutherland as the teenage lifeguard.

“The Club” was written by Brian Donovan & Ed Herro and directed by David Bertman.