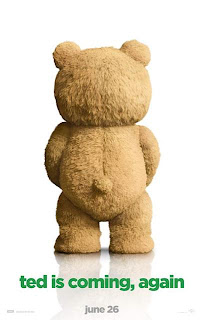 Harvard ethics professor Henry Gerard comes to Harvey seeking help on a case requiring a certain lack of ethics to win. Mike is forced to hide in plain sight with the professor whose class he never took. And Louis is assigned to wine and dine a socialite CEO, only to discover it won’t be simple babysitting job he anticipates.

Farkle is nominated for an award and must choose who to take to the awards dinner - Riley or Maya. Meanwhile, Topanga forms a book club for Auggie and his friends.

Source:
SpoilerTV
Baby Daddy - Episode 4.05 - The Mother Of All Dates

ALL IS NOT FAIR IN LOVE AND WAR ON AN ALL-NEW EPISODE OF "BABY DADDY," AIRING WEDNESDAY, FEBRUARY 11th AT 8:30PM ET/PT

In "The Mother of All Dates," Bonnie is depressed about all the losers she's been dating lately, so Ben and Danny decide to turn her love life into a contest - whoever sets her up with a decent guy wins. Determined to beat his big brother at something, Ben sets Bonnie up with one of his customers, Frank (Peter Katona), while Danny sets Bonnie up with Ben's boss, Henderson (David S. Lee). After each brother does everything to make sure his man wins, it quickly becomes clear that Frank and Henderson have their own set of problems. Meanwhile, Riley and Tucker find themselves unwittingly involved in neighbor Sondra's (Rachna Khatau) marital troubles.

"Baby Daddy" stars Jean-Luc Bilodeau, Derek Theler, Tahj Mowry, with Melissa Peterman and Chelsea Kane. The series is created and executive produced by Dan Berendsen ("The Nine Lives of Chloe King," "Sabrina, the Teenage Witch" and "Hannah Montana: The Movie"). "Baby Daddy" is a multi-camera comedy that shoots in front of a live studio audience in Los Angeles.

Source:
ABC Family
Melissa and Joey - Episode 4.05 - Thanks, But No Thanks

MEL AND JOE LAND IN HOT WATER WHEN THEY RETURN A CAPPUCCINO MACHINE ON AN ALL-NEW EPISODE OF ABC FAMILY'S "MELISSA & JOEY," AIRING WEDNESDAY, FEBRUARY 11 AT 8PM ET/PT

Burbank, CA (January 27, 2015) Mel and Joe panic after they return an unwanted wedding gift and then discover that Mel's aunt and uncle (who gave them the gift) are coming for a surprise visit, on an all-new episode of "Melissa & Joey," airing Wednesday, February 11 (8:00PM ET/PT) on ABC Family.

Mel and Joe write their thank you cards to everyone who sent them a wedding gift. Mel goes overboard thanking her Aunt Bunny and Uncle Bert (guest stars Valerie Harper and Peter Bonerz) for a huge cappuccino machine she and Joe actually hate. She has Joe return the machine to the store, but then gets notice that Bunny and Bert are on their way to visit the newlyweds.