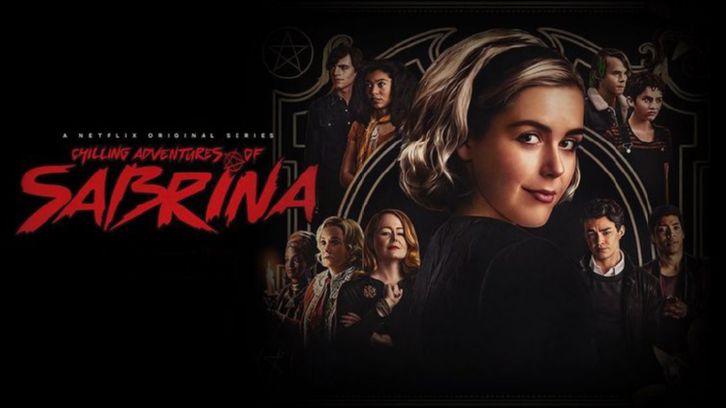 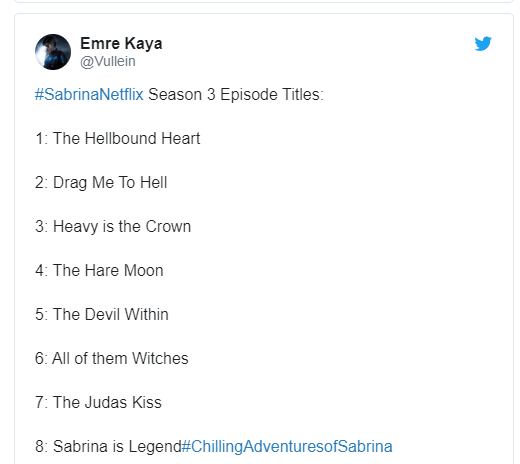 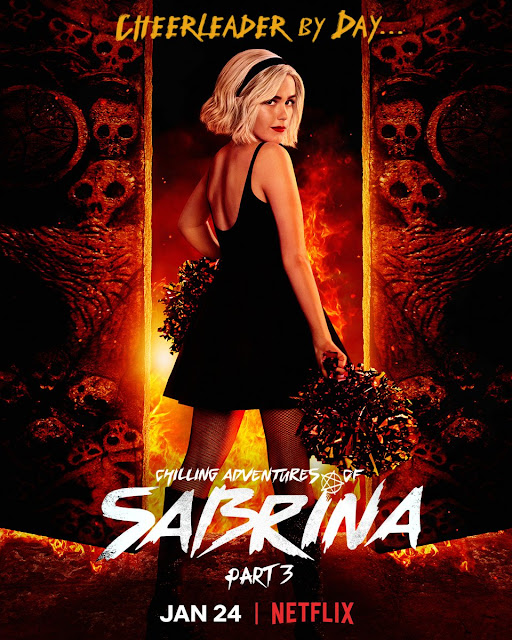 Corlett will play Caliban, a darkly handsome young man with a strange charm, Caliban is a so-called Prince of Hell, sculpted from clay from the City of Pandemonium. He challenges Sabrina for control of the Throne of Hell, even as infernal sparks start to fly between him and the teen witch.

Marshall will portray Mambo Marie, a gorgeous voodoo priestess, Mambo Marie helps Prudence and Ambrose track down the villain Blackwood. But Mambo has her own secret agenda and passions, drawing her towards our coven—and Zelda.

Whitesell will play Robin, a handsome young man with an ‘elfish’ quality to him, Robin is caring and sweet, but also a mischief maker—and perhaps something even more dangerous. He travels with the carnival that comes to Greendale, and soon develops feelings for Theo.


At the Argentina Comic-Con it was announced that Chilling Adventures of Sabrina Part 3 will premiere on January 24 2020.

Synopsis
Part Three finds Sabrina reeling from the harrowing events of Part Two. Though she defeated her father Lucifer, the Dark Lord remains trapped within the human prison of her beloved boyfriend, Nicholas Scratch. Sabrina can’t live with herself, knowing that Nick made the ultimate sacrifice and is suffering, burning in Hell under Madam Satan’s watchful eye. So with an assist from her mortal friends, “The Fright Club” (consisting of Harvey, Rosalind, and Theo), Sabrina makes it her mission to free him from eternal damnation and bring him back into her arms. However, the Dark Lord’s unseating has sent shockwaves through the realms—and, with no one on the throne, Sabrina must assume the title of “Queen” to defend it against a challenger, the handsome Prince of Hell Caliban. Meanwhile, in Greendale, a mysterious carnival rolls into town, bringing with it a threat to the Spellmans and the coven: A tribe of pagans looking to resurrect an ancient evil…