1. Tori Spelling " Look, I know I'm not a baby tiger or a sea lion or an Amazon river dolphin, but I do need rescuing." (Shirleena) 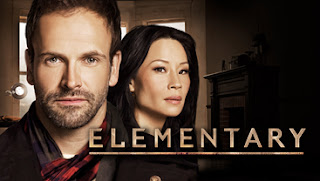 Elementary -
1. Sherlock: “So the pathology report was...positive for cancer.” Joan: “I am starting chemo in a few days.” Sherlock: “You really would have let me leave without telling me?” Joan: “You say that like I am not planning to make it through this. I am going to see you again, Sherlock. I’m just... (Sherlock hugs her.) No, Sherlock. I mean it.” Sherlock: “I’m staying.” Joan: “Sherlock…” Sherlock: “I’m staying. Of course I’m staying.”
2. Sherlock: “What exactly does the NSA’s Director of Foreign Affairs do?” McNally: “Well, it’s hard to explain.” Sherlock: “Spy on everyone everywhere all of the time?” McNally: “Maybe it’s not that hard to explain.”
3. Gregson: “So you’re back now right? You’re gonna stay in New York? You said a few people had figured out you were still alive. The gig is up.” Sherlock: “No, I have to take my chances. The work I’ve been doing is too important.” Gregson: “We don’t have important work here?” Sherlock: “I’ve made too many enemies.” Gregson: “You didn’t have enemies before?” Sherlock: “Watson didn’t have a son before.” Gregson: “No, she didn’t, but that’s not the real reason you don’t want to stay. I’ll never read people the way you do, but come on. We’ve known each other a long time.” Sherlock: “So what’s the real reason I don’t want to stay?” Gregson: “I don’t know. I just know there’s exactly one person that you really love in this world and she’s here.” Sherlock: “You know I told her the other day, the early days of my exile were hard. What I didn’t tell her was that I relapsed. I came to in a hospital and they told me I nearly died. Quite coincidentally, around the same time, I received a communique from Watson, telling me that the adoption of her son was imminent. Prior to that, I had been considering a return to New York, a return to everything really. But the thought of her little boy finding me dead with a needle in my arm...No, I can’t go back.” (Dahne) 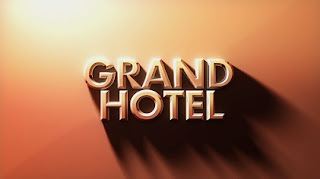 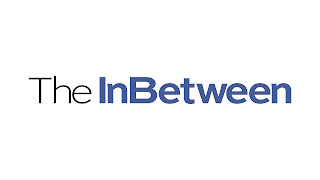 InBetween -
1. Cassie to Ed: “Remember what you told me? Remember? Best to let the dead deal with their own.” Millie: “We’re all here, Ed, your victims.” Cassie: “You took the lives of these women. Now they have come for your soul.”
2. Casie: “I am so sorry.” Tom: “Listen, you, none of this is your fault, okay? None of it. Brian told you what the doctor said. We had to do the surgery today, okay? And even if you had told us...what you saw, we still would have done it.” Cassie: “How can you be sure?” Tom: “Cause we talked about it. These are the conversations you have when your child is gifted.”
3. Brian: “You’re wearing your mom’s necklace.” Cassie: “Yeah, something told me to put it on. I guess I was hoping it would bring me luck, a little extra strength.” Brian: “Maybe she was there with you when you were fighting off Waterman.” Cassie: “Maybe. If so, then I hope she stays around and sticks with you during your procedure.” (Dahne) 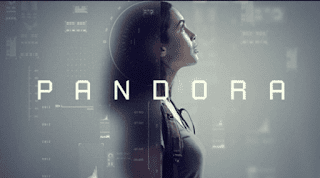 Pandora -
1. Jax: “You set out to end all Zatarians and now only a Zatarian can save you from ending yourself. Who says the universe doesn’t have a perverse sense of humor?”
2. Atria: “(Xander) has a birthday tomorrow and he doesn’t want anyone to know about it.” Raylan: “Then he obviously told the wrong person.”
3. Pilar: “The real congratulations belongs to you guys. You never gave up on me, even after I gave up on myself.”
4. Jax: “We have to stop firing on them. If we synthesize an antidote, we can save them too. We could have cured him.” Raylan: “I consider him cured.”
5. Raylan: “It appears the only good Zatarian is not always a dead Zatarian after all.”
6. Jax: “I am sure saving the galaxy can be quite exhausting.” (Dahne) 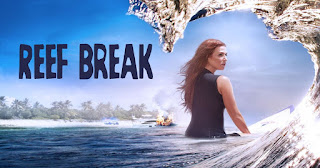 Reef Break -
1. Dr Benjamin: "There's gotta be at least 50 meth-heads hanging around the Reef right now, more deserving of being arrested than me." Wyatt: "Take it up with your partner, Tom, he rolled on you like a chicken on a spit...." (Prpleight)
2. Betty Ann: “I didn’t get what I came for.” Jake: “You still got your pension.” Betty Ann: “Ha! As hard as I’ve worked for Uncle Sam, you’d think they owe me something more.” Jake: “So where to now?” Betty Ann: “Where every retired CIA agent goes, cable news.”
3. Jake: “The last person who stared at me that long asked me to marry her.”
4. Cat about Tori: “Well, if it isn’t the devil in Dolce.” (Dahne)