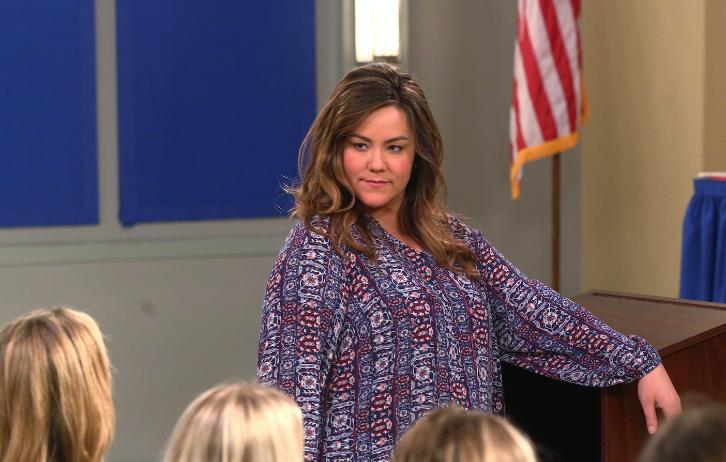 KATIE BEGINS PLANS ON THE SPRING GALA AND GREG THROWS A BBQ, ON AN ALL-NEW EPISODE OF ABC’S ‘AMERICAN HOUSEWIFE’

“Boar-Dain” – Despite pressure from Oliver, Greg and her rival, Tara, Katie insists she’s going to plan the Spring Gala her way. After Oliver is emasculated by his ex-girlfriend, Greg attempts to teach Oliver how to “man up” by throwing a successful barbeque, on an all-new episode of “American Housewife,” airing on WEDNESDAY, OCTOBER 4 (9:31–10:00 p.m. EDT), on The ABC Television Network.

This episode of “American Housewife” includes a special guest appearance by Good Housekeeping’s editor-in-chief, Jane Francisco, as a school board member.

“Boar-Dain” was written by Brian Donovan and directed by Rebecca Asher.