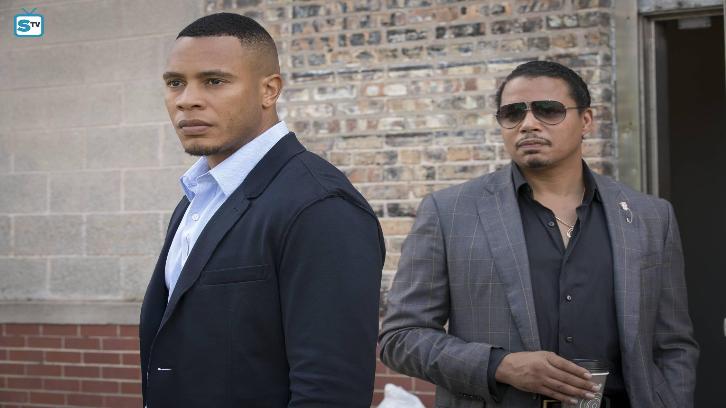 THERE ARE SO MANY LOVERS ON AN ALL-NEW “EMPIRE” WEDNESDAY, OCTOBER 12, ON FOX

Things heat up between Cookie and Angelo (guest star Taye Diggs), so Lucious finally recognizes Angelo as a formidable rival and prepares to take him on. Meanwhile, Jamal is finally able to face Freda Gatz, a big first step on his journey to recovery. Also, Anika goes back to work at Empire and instantly causes turmoil, while Hakeem starts falling for Nessa, even though she might be into a different Lyon in the all-new “Cupid Kills” episode of EMPIRE airing Wednesday, Oct. 12 (9:00-10:00 PM ET/PT) on FOX. (EMP-304) (TV-14 D, L, S, V)