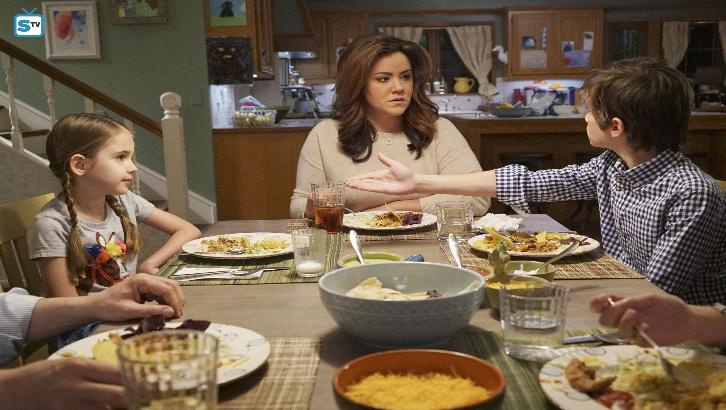 KATY MIXON (‘MIKE & MOLLY’) IS A MOM TRYING TO RAISE HER IMPERFECT FAMILY IN A ‘PERFECT’ TOWN, ON ‘AMERICAN HOUSEWIFE’

In “Pilot,” Katie and husband Greg (Diedrich Bader, “The Drew Carey Show”) have moved to Westport because the school district there is the best option for their youngest, Anna-Kat. Katie finds herself caught up in helping Anna-Kat fit in more while trying to assure that her older kids, Taylor and Oliver, immediately caught up in the luxe Westport lifestyle, fit in a little less. On top of this, Katie has her own insecurities about her place in their new town. Her perfectly imperfect world is upended when her neighbor’s decision to move notches her up from her ideal social standing and sets her on a path to ensure that doesn’t happen, regardless of the consequences.

Leslie Bibb is a recurring guest star as Viv. Other guest stars are Mackenzie Marsh as Gail, Jeremy Howard as Nude Norman and Jeannette Sousa as Suzanne.