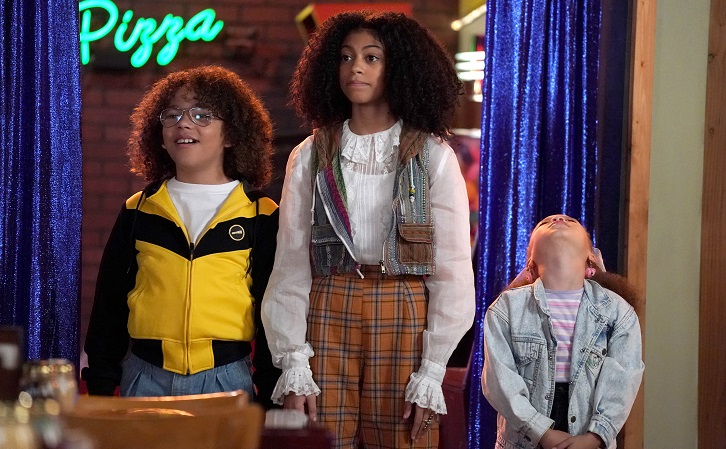 Press Release
"Pride (In the Name of Love)" - It's the first-ever nationally recognized Dr. Martin Luther King Jr. Day and Paul is speaking at the school assembly about his personal experiences with him. Johan and Santamonica think Paul is going to embarrass them; and being ashamed of her father had never occurred to Rainbow, so they decide to ditch. Meanwhile, Alicia thought she had convinced Harrison to take pro bono civil rights cases on MLK Day to honor him, but he plans to go golfing instead, so Denise steps in to help on "mixed-ish," airing TUESDAY, JAN. 21 (9:00-9:30 p.m. EST), on ABC. Episodes can also be viewed the next day on ABC.com, the ABC app or Hulu.