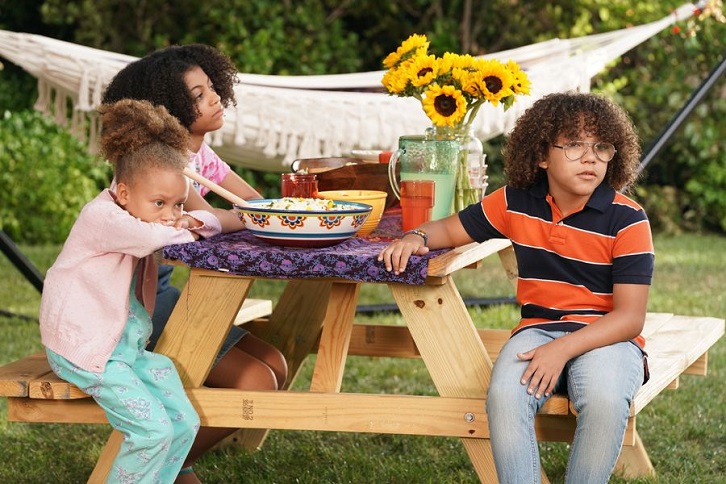 A YOUNG RAINBOW AND HER FAMILY TRY TO ACCLIMATE IN THE SUBURBS AFTER LIFE IN A COMMUNE ON THE SERIES PREMIERE OF ABC’S ‘MIXED-ISH,’

“Becoming Bow” – A young Rainbow Johnson recounts her experience growing up in a mixed-race family in the ‘80s, and the dilemmas they face to acclimate in the suburbs while staying true to themselves. Bow’s parents, Paul and Alicia, decide to move from a hippie commune to the suburbs to better provide for their family. Their experiences illuminate the challenges of finding one’s own identity when the rest of the world can’t decide where you belong on the series premiere of “mixed-ish,” airing TUESDAY, SEPT. 24 (9:00-9:30 p.m. EDT), on ABC. (TV-PG, L) Episodes can also be viewed the next day on ABC.com, the ABC app and Hulu.