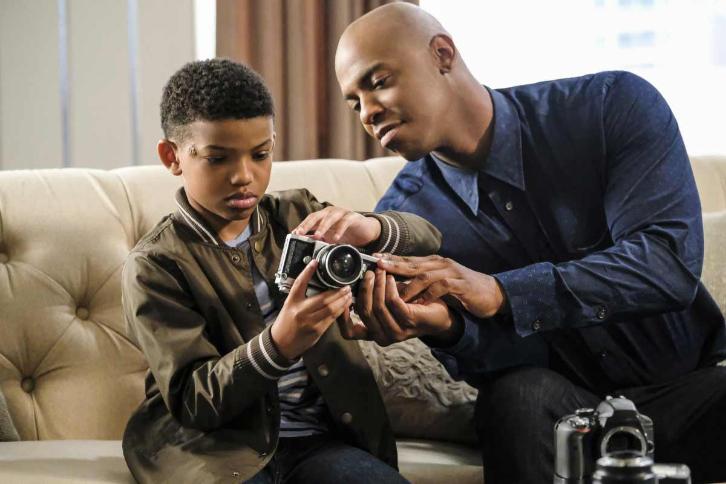 
Inside The Episode
Thanks to Anon for the heads up.


Interview
Thanks to Emily for the heads up.


“It’s a bit of a fun surprise,” Kreisberg tells TVLine of Zod’s first appearance. “He doesn’t have a lot of screen time, so I can’t say our interpretation is as nuanced as either [Superman/II‘s] Terence Stamp or [Man of Steel‘s] Michael Shannon, but we did one thing to put our own stamp on it — at least visually.”

Promotional Photos
Thanks to dr787 for the heads up.

"THIS IS US" LONNIE CHAVIS GUEST STARS - When an alien attacks National City, Supergirl (Melissa Benoist) and the DEO learn the alien is a Phorian, an otherwise peaceful race with telekinetic powers. Guardian (Mehcad Brooks) gets a lead on the Phorian's address but instead of finding the culprit, he finds a very scared boy named Marcus (guest star Lonnie Chavis). Marcus will only trust James so it is up to Guardian to stop the attacks on the city. Rhea's (Teri Hatcher) plan escalates. Ben Bray directed the episode with story by Robert Rovner and teleplay by Gabriel Llanas & Anna Musky-Goldwyn (#220). Original airdate 5/8/2017.