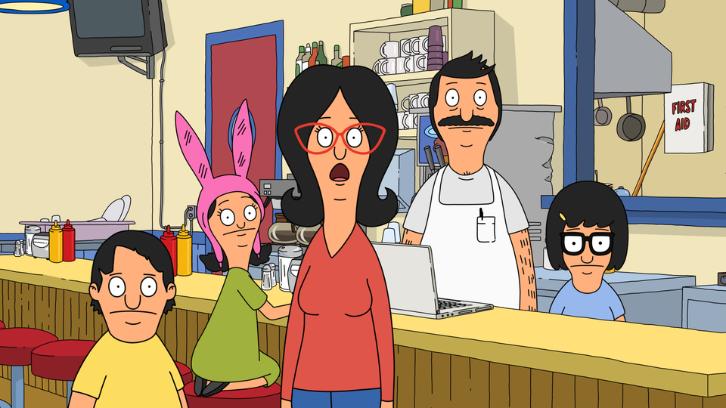 After forgetting Bob's birthday, Linda and the kids attempt to plan a last-minute surprise party. In order to plan the party though, Linda asks Hugo if Bob can go with him while he's doing restaurant health inspections in the all-new "Are You There Bob? It's Me, Birthday" episode of BOB'S BURGERS airing Sunday, April 29 (7:30-8:00 PM ET/PT) on FOX. (BOB-804) (TV-PG L, V)