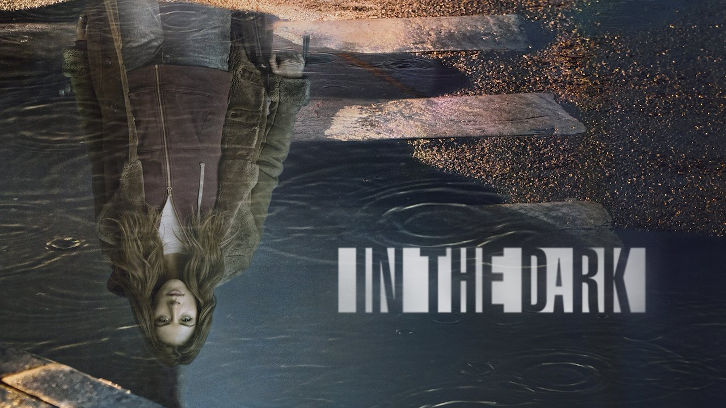 SERIES PREMIERE — Murphy (Perry Mattfeld, “Shameless”) is a hard-living, hard-drinking, disaffected twenty-something with a penchant for cigarettes and casual sex. She’s also blind. Murphy lives with her supportive best friend, Jess (Brooke Markham), and—more reluctantly—her trusty guide dog, Pretzel, whose presence she resents. Her parents, Hank (Derek Webster) and Joy (Kathleen York), own a guide dog school, a venture they opened hoping it would give Murphy a job with some purpose. Murphy’s closest friend is a sweet teenager named Tyson (Thamela Mpumlwana), whose kindness and intelligence are currently going to waste as he deals drugs on the street for his older cousin, Darnell (Keston John). Murphy’s life comes crashing down when, while out for a walk with Pretzel, she stumbles upon what she’s sure is the lifeless body of Tyson in the alley outside her apartment.  But when the police arrive, including a salt-of-the-earth detective named Dean (Rich Sommer), there is no body to be found—and with Murphy not exactly sober, the police aren’t especially inclined to investigate. Murphy is devastated, and the only thing holding her back from spiraling downward even further is her resolve to learn what happened to Tyson.  Morgan Krantz and Casey Deidrick also star. Michael Showalter directed the episode written by Corinne Kingsbury (#101). Original airdate 4/4/2019.