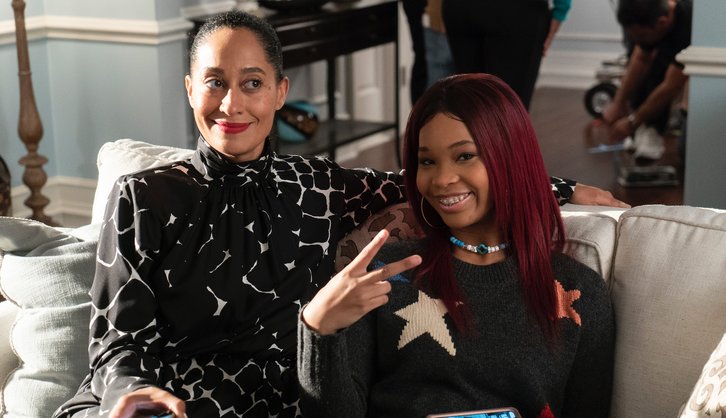 Press Release
AFTER KYRA’S ESTRANGED FATHER SHOWS UP, DRE AND BOW WANT TO SHOW HIM THE AMAZING LIFE THEY CAN PROVIDE FOR HER,
ON AN ALL-NEW EPISODE OF ABC’S ‘BLACK-ISH,’ TUESDAY, MARCH 26

“Enough is Enough” – After Kyra’s estranged father, Perry, shows up and wants to bring Kyra home to Houston, Dre and Bow work to show him the amazing life they can provide for her. Meanwhile, the kids go on a mission to get her one last chili dog from Larry’s on “black-ish,” TUESDAY, MARCH 26 (9:00–9:30 p.m. EDT), on The ABC Television Network, streaming and on demand.

Guest starring is Quvenzhané Wallis as Kyra, Katt Williams as Perry and Jeff Meacham as Josh.

“Enough is Enough” was written by Doug Hall and directed by Michael Spiller.