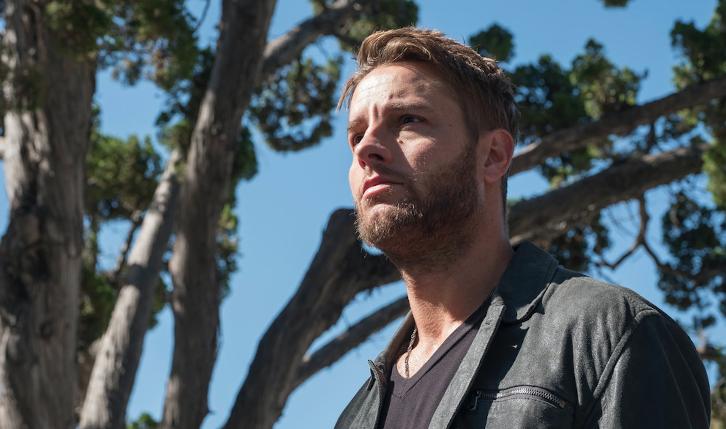 How did you come up with the scene with Randall and Deja’s mom? Telling someone how they should parent is not something to which most people are receptive.

It was a really tough scene to write, and we worked on many different rewrites of the scene. I think on our show it’s important that nobody is a full-on hero, nobody’s a full-on villain. We’re trying to examine the complexity of the situation, and for me, Sterling is so great in that scene, but by the end of it, you’re kind of like, “Whoa, Randall! I’m not so sure I totally agree with you.” You know where he’s coming from, but it’s like, “Whoa, dude, that’s her daughter, and she’s only been in your house a few weeks.” He kind of redeems himself in the next scene where he clearly had this off-camera change of heart. But it’s just a testament to both of those performances that in that three- or four-minute scene, Randall, who’s our guy, you’re able to just all of a sudden be like, “Maybe I’m on her side?” It’s not where you may expect to be.

Source:
Read More on Variety
Rebecca takes the lead with the judge in his chambers, and Jack is not really speaking. And then she’s the one who writes the letter. We’ve seen Jack be so proactive in willing the Big Three into existence, but here he takes a back seat and Rebecca is driving the family. Why was this the moment that you wanted to show her strength and leadership with Randall?

Yes, there’s a little bit more of Rebecca stepping into the spotlight. It felt like, especially concerning Randall, we told the story earlier this year about how Jack was the one who pushed her at the hospital to bring him home. And we told the story at the dojo that Jack was the one that was really eager to help Randall explore his racial identity. It was important to us that we show that Rebecca was very much active in that as well, falling in love with Randall and needing him to be a part of the family. So we had seen Jack make that push at the hospital, and it was important to show Rebecca — having spent a year with this kid and absolutely falling in love with him as her son — being the one to really make sure that he was hers for good.