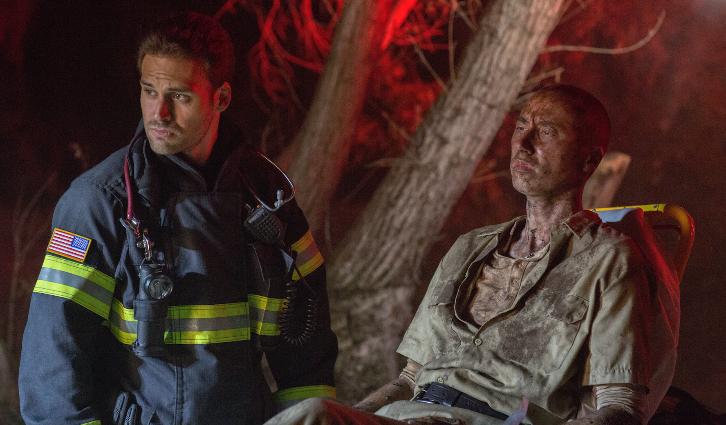 Press Release
THE FIRST RESPONDERS GET SPOOKED ON HALLOWEEN ON AN ALL-NEW "9-1-1" MONDAY, OCTOBER 29, ON FOX

Halloween finds the first responders racing to the rescue at a cemetery, a haunted hayride and a spooky Hollywood parade; Meanwhile Maddie thinks she has received a "ghost" call from a missing hiker; Hen finds herself facing with a life or death situation with the father who abandoned her; Eddie reconnects with his estranged wife (guest star Devin Kelley) in the all-new "Haunted" episode of 9-1-1 airing Monday, Oct. 29 (9:00-10:00 PM ET/PT) on FOX. (NIN-207) (TV-14 D, L, S, V)