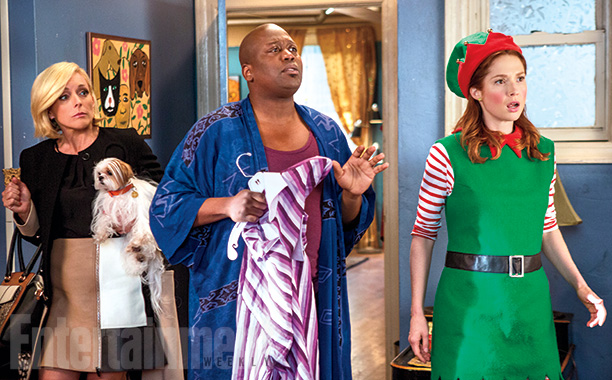 If season 1 literally opened the hatch on Kimmy Schmidt (Ellie Kemper) — the sunny optimist learning to conquer New York City after being trapped for 15 years in an underground doomsday cult — season 2 is about closing that door for good. “She’s a little bit in denial about the past,” says Kemper. Kimmy will attempt to forge ahead on all fronts, including homing in on one beau (“She’s not really ‘juggling’ this year,” says Kemper) and supplementing her nanny gig with a smattering of new jobs (including as a holiday-store elf). –Marc Snetiker