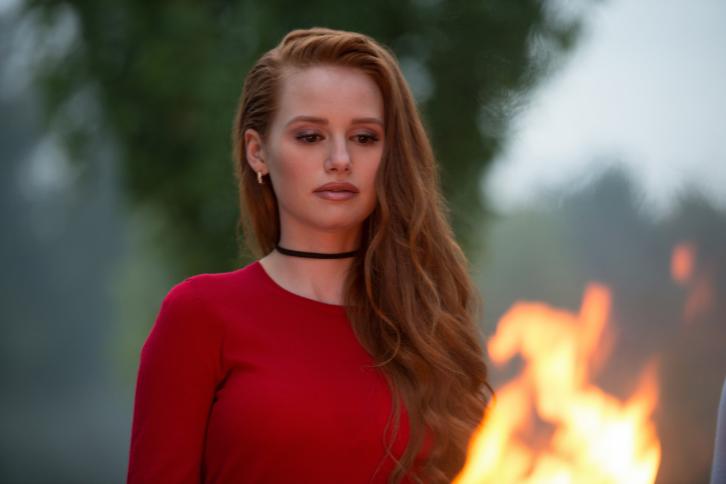 
Inside the Episode
Thanks to sonofgod87 for the heads up.


Sneak Peek
Thanks to sonofgod87 for the heads up.

THE GIRL WHO CRIED SHOTGUN — After new information surrounding Jason’s death comes to light, Cheryl (Madelaine Petsch) finds herself under a cloud of suspicion and forced to come clean about the last time she saw her brother. Meanwhile, Archie (KJ Apa) makes a tough decision that puts a major strain on his relationship with Miss Grundy (guest star Sarah Habel). Elsewhere, Betty (Lili Reinhart) decides to revive the school newspaper and asks for Jughead’s (Cole Sprouse) help in investigating Jason’s death, while Veronica (Camila Mendes) and Ethel (guest star Shannon Purser) work on exposing some of Riverdale High’s football players after rumors of a “shame book” begin to circulate. Finally, after getting grounded by his dad Fred (Luke Perry), Archie must figure out a way to make it to the Taste of Riverdale event where Josie (Ashleigh Murray) and the Pussycats will be performing a song he helped write. Lee Toland Kreiger directed the episode written by Yolonda E. Lawrence (#103.) Original airdate 2/9/2017.