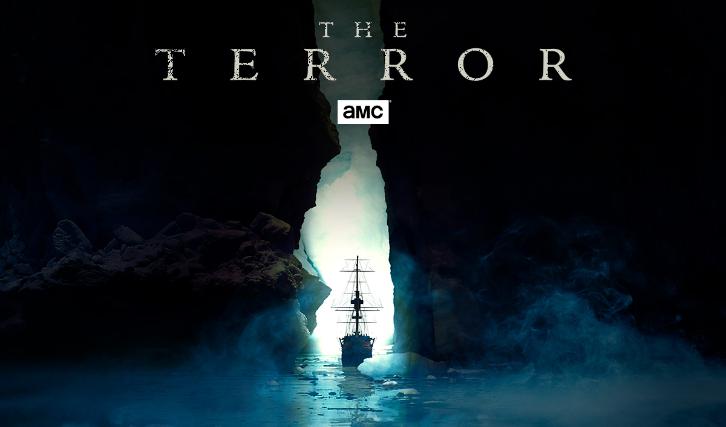 New 1 Minute Promo
Thanks to Maria for the heads up.

Promotional Posters
Thanks to Pawe? for the heads up.

An accident at sea cripples a Royal Navy expedition 200 miles from finding the Northwest Passage, forcing its captains to make a dire choice.

After a long winter trapped in the ice, scouting parties are sent out in search of open water; one of the teams makes a frightening discovery.

Featurette - A Look at Season 1

New York, NY - December 8, 2017 - AMC's suspenseful thriller, The Terror, from executive producers Ridley Scott, David Kajganich and Soo Hugh, prepares to take viewers on a harrowing journey with a two-hour series premiere on Monday, March 26 at 9 p.m. ET/PT. The network also released today the series' first sneak peek, which will debut during The Walking Dead's mid-season finale this Sunday, along with first-look photography.

Inspired by a true story, The Terror centers on the Royal Navy's perilous voyage into unchartered territory as the crew attempts to discover the Northwest Passage. Faced with treacherous conditions, limited resources, dwindling hope and fear of the unknown, the crew is pushed to the brink of extinction. Frozen, isolated and stuck at the end of the earth, The Terror highlights all that can go wrong when a group of men, desperate to survive, struggle not only with the elements, but with each other.

"The Terror captures a rare combination of fascinating history, complex and flawed characters, the inextinguishable human spirit and the horror and promise of an uncharted world," said executive producers and co-showrunners David Kajganich and Soo Hugh. "We are looking forward to bringing viewers into this world in March."

Shot in Budapest, Hungary, The Terror is produced by Scott Free, Emjag Productions and Entertainment 360 in association with AMC Studios. In addition to Kajganich and Hugh, the series is also executive produced by Ridley Scott, David W. Zucker, Alexandra Milchan, Scott Lambert and Guymon Casady.