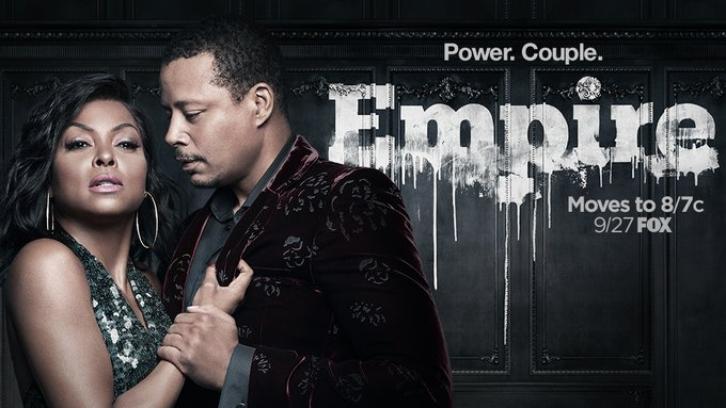 New Promo - A Love Worth Fighting For


New Featurette - The Cast Of EMPIRE & STAR Talk About Their Collaboration

Rise from the ashes. ???? #Empire returns for the hottest season yet on Wednesday, September 27 at a new time of 8/7c! pic.twitter.com/5pz9CYC02f

Golden Globe-nominated EMPIRE continues to be one of the most popular and acclaimed shows on television. A powerful drama about a family dynasty set within the glamorous and sometimes dangerous world of hip-hop music, the show revolves around the Lyons and their media company, Empire Entertainment.

In Season Four, EMPIRE’s explosive twists and turns resume, as Empire Entertainment embarks on a celebration of its 20th anniversary. LUCIOUS (Terrence Howard) makes his first public appearance after the explosion in Las Vegas, and all members of the Lyon family, as well as Lucious’ nurse, Claudia (guest star Demi Moore), have their own interests in Lucious regaining his physical and mental faculties. While Lucious struggles with his recovery, COOKIE (Golden Globe Award winner Taraji P. Henson) begins to revisit the most challenging time of her life – her 17 years in prison – in a series of flashbacks. Throughout the season, Lucious, Cookie and their three sons will be forced to take a hard look at their choices, both past and present, in order to secure their legacy and save their Empire.

In true Lyon fashion, Season Four will be filled with exciting new music, splashy events and high-profile guest stars. In addition to Moore’s return, Phylicia Rashad will reprise her role as Diana Dubois, who, along with her son, Angelo (returning guest star Taye Diggs), launches an elaborate plan to take revenge on the Lyons. Forest Whitaker also will be joining the cast for a multi-episode arc as Uncle Eddie, a charismatic music icon and Lyon family friend.

New Promo - Someone Worth Fighting For

New Promo - The Lyon Family Is Ready For War
Thanks to sr32 for the heads up.

New Promo - Don't Cross Cookie
Thanks to sr32 for the heads up.


Empire & Star Behind the Scenes Music Video
Thanks to Emily for the heads up.


First Look Photo
Thanks to Emily for the heads up.