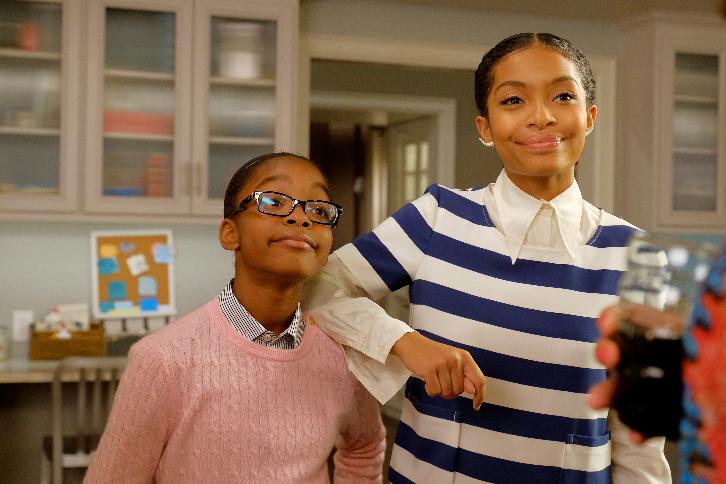 “Auntsgiving” – Pops’ older sister Almaviligerais unexpectedly arrives for Thanksgiving, much to everyone’s delight except Ruby, who can’t stand her ex-sister-in-law. While Bow and Dre go on their last vacation before the baby arrives, the kids try to figure out why Ruby hates Almaviligerais so much, on “black-ish,” WEDNESDAY, NOVEMBER 16 (9:31-10:00 p.m. EST), on the ABC Television Network.

“Auntsgiving” was written by Kenny Smith and directed by Michael Schultz.