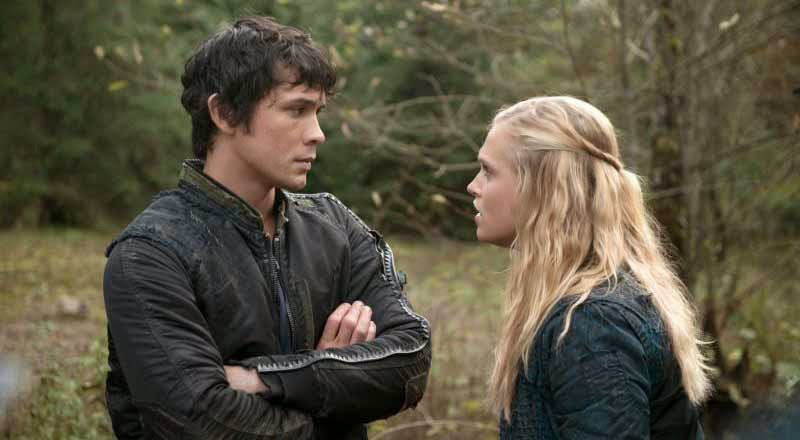 The fifth episode of The CW's The 100 set the bar even higher in terms of character interaction, intensity, and sheer heartbreak. Thanks to The CW, SpoilerTV has access to screeners for several of the season's episodes, so we can bring you a bit more content than we normally can for many of the other shows we cover. Our roundtable discussion for the fifth episode has questions by Jimmy Ryan, with comments thanks to Daniel van der Veer, Bradley Adams, and Pablo Troncoso Uriarte. The opinion poll is further down below.

Jimmy: First off, the main talking point in this episode will no doubt be the several hundred people making the ultimate sacrifice for the sake of humanity. What were your own initial thoughts after this occurred?


Jimmy: While continuing to acknowledge the enormous sacrifice made by those citizens, the extent of the classist nature of society on board the Ark became a lot clearer in this episode. Those who weren’t skilled were sacrificed ahead of those who were. Do you think this approach is the right one, or does everyone deserve equal treatment?


Jimmy: Clarke got a bit of a shock when the person on board the pod turned out to be her boyfriend’s girlfriend. However she remained diplomatic and understanding the entire time. It’s rare to see conflict like this avoided in a television series, so what were your thoughts about that?


Jimmy: Bellamy could be considered as solely responsible for the sacrifices of those on board the Ark, despite the choices he made being driven by his desire to protect Octavia. Is this fair, or do you think the blame falls onto other parties?


Jimmy: In the video that Abby broadcast, Jake said that the people had pledged their lives to ensure humanity doesn’t come to an end. This puts a piece of the puzzle in its spot regarding the origins of the Ark, and who was selected to live on board 97 years ago. Did you pick up on this?


Jimmy: Chancellor Jaha was intent on dying with those sacrificed for much of the episode, but Councilman Kane talked him out of it. This was out of character for both men from what we’ve seen of them so far. Your thoughts?


Jimmy: Octavia fell victim to a grounder at the end of the episode, and next week we see how the 100 respond to that. In 10 words or less, how would you describe next week’s episode


That concludes the roundtable for episode 5 of The 100. Feel free to share your thoughts in the comments below! If you're curious about something, or want to pick our brains for spoilers, follow us all below and send us a tweet! We'd love to hear from you.

On next week’s episode, titled 'His Sister’s Keeper,' we witness the early years on board the Ark for Octavia and Bellamy, and we find out how Bellamy came to shoot the Chancellor, in an episode which all Ark scenes are flashbacks. On the ground, members of the 100 out to rescue Octavia are forced to run for their lives as the grounders come out in numbers, and Clarke and Raven discuss their relationships with Finn.

Thanks for reading and voting! See you all next week for the roundtable of 'His Sister’s Keeper'.
The The 100 roundtable team.