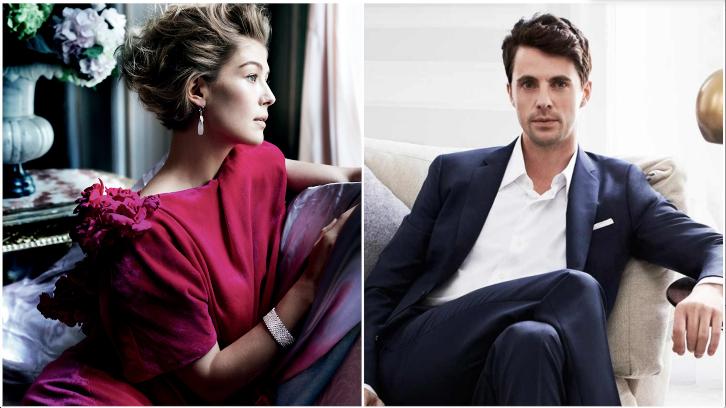 Per Production Weekly Matthew Goode (The Crown, The Good Wife, Downton Abbey) & Rosamund Pike (Gone Girl) are attached to star in Ryan Murphy's second installment of the anthology series, Feud, now subtitled, Charles and Diana (aka Buckingham Palace). Filming is expected to start May 2018 in London. We'll update when it's officially confirmed by FX, hopefully, the deals work out smoothly but nothing is official until then.

The creative team is as follows.

A 10-episode second season of the anthology project, this time focusing on England’s sweethearts Prince Charles and Princess Diana.