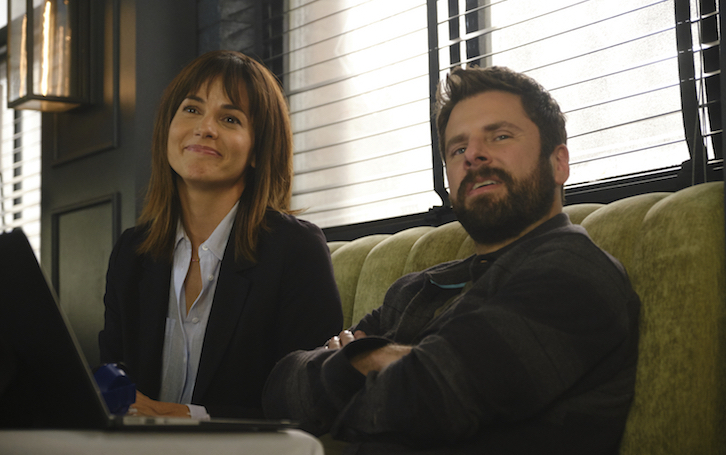 Press Release
ROME GOES ABOVE AND BEYOND TO IMPRESS A HOLLYWOOD BIG SHOT ON AN ALL-NEW EPISODE OF ABC’S ‘A MILLION LITTLE THINGS,’ AIRING THURSDAY, FEB. 27

“the lunch”– Gary accidentally crashes Maggie’s first date with a new guy, and Delilah is forced to have “the talk” with Sophie. Rome has an important meeting with a Hollywood big shot, while Eddie teaches Dakota a tough lesson in what it takes to succeed in the music business on an all-new episode of ABC’s “A Million Little Things,” airing THURSDAY, FEB. 27 (10:01-11:00 p.m. EST), on ABC. (TV-14, D) Episodes can also be viewed the next day on ABC.com, the ABC app and Hulu.

The episode “the lunch” was written by Geoffrey Nauffts and Katie Scheines, and directed by Richard J. Lewis.