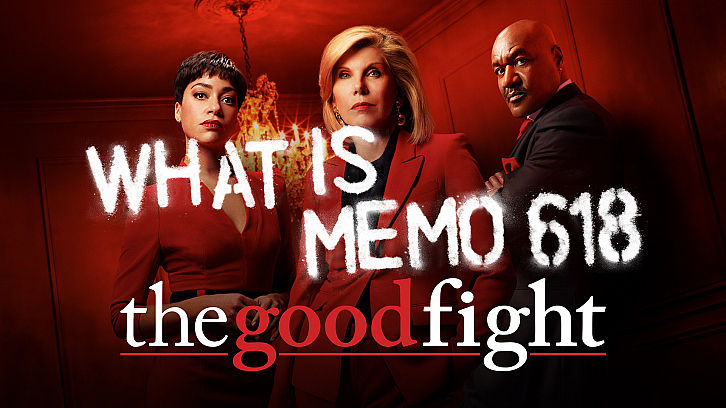 Hey, so, guess what? Maia is in trouble with the firm for both getting arrested and throwing a laptop through a glass window. Now they have to discuss whether they should fire her or not. Diane and Adrian stand up for her, but everyone else wants to kick her to the curve. They'll leave it to a vote later on. But Maia's biggest worry is the drug test they're having her take. Why? Because she took some of those drugs Roland gave her and they are likely still in her system. But it's okay because she gets Marissa to help her fake her drug test by giving her a urine sample. Maia once again proving what an ethical lawyer she is and that she does not at all deserve to be fired. Insert sarcasm font. 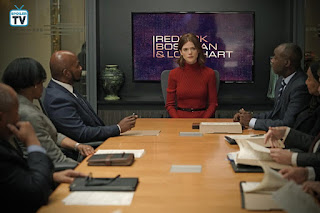 Lucca is enjoying her day off with her son until she runs into Cindy McCain a woman who backseat mommies her, assuming Lucca is the boy's nanny. Lucca cracks jokes about the baby not being hers to keep herself from smacking this woman in the face, but the woman takes her completely seriously. The woman calls the cops on Lucca and physically tries to keep her from leaving with her son. The situation, which was filmed, goes viral online.

After going over the situation with the partners, revealing she's getting hounded with racist threats, they task Jay with staying with her for a week. Facing an amount of racism she's never dealt with before gets Lucca thinking about the racial divide within the firm and how it relates to the social climate going on. She's upset when she notices that there are more white new associates coming in than African-American. What makes her even more upset is when she finds out there's a pay disparity. The new white hires are getting paid more than their current African-American employees. Jay doesn't believe that that's a thing until he looks into the data himself. He finds out Marissa is suddenly getting paid a lot more than she was, now the same amount as Jay despite his seniority. Now he's upset. When Jay confronts Adrian and Liz, they are staying tight-lipped about it. So he brings out the big gun, excusing them of keeping her on pay parity with him because she's white. I thought Adrian and Jay were going to go at it like they did last year, but they keep their fists to themselves this time. Adrian says it's because Julius fought for her, she gets more requests (because she's white). It's about capitalism, not racism. He wants to do what he can push the firm into the future and keep it going for 50 years. 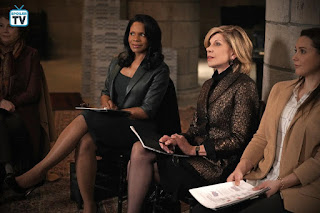 Jay's so mad he releases the salary information to the whole firm. Everyone starts comparing their salaries. Now, the African-American associates are upset that the white ones seem to be taking over. Adrian is forced to calm down the employees and explain away the salaries, making a case for each complaint until they get to Maia, who his partners argue she's getting chance after chance after chance when employees before her have been fired from just one of the many things she's done that has hurt the firm. Because of that, everyone changes their mind on Maia, except for Adrian and Diane. Diane does her best to fight hard for Maia, even revealing her own drug use from last year, but it doesn't matter. They need a sacrificial lamb, and it's going to be Maia. With a 6-5 vote against Maia, with even Liz voting against her and Adrian abstaining, she's gone.

Can't We All Just Get Along?

Diane's mission this episode is to recruit Liz to the group and Liz agrees to come with her to their next meeting. They're discussing how to shift the votes for Trump in the next election. They come out believing that they need an influencer to help register new voters to vote against Trump. They want that person to be Sabrina Wynne, a Taylor Swift country star-type that's a client of Diane's. Diane and Liz are hesitant, so the rest of the group puts a plan into motion to get what they want, starting a rumor that Sabrina is associated with the alt-right. Sabrina comes to the firm for help putting out a cease and desist letter from a fan website that's demanding she come out against the alt-right. But Sabrina wants to stay neutral, and not rock the boat with Republicans or Democrats. She wants to stay politics-free. 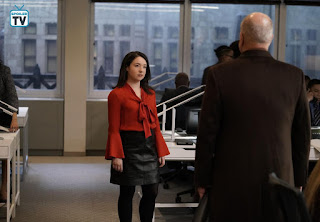 Diane and Liz confront the group for using them to get to Sabrina. The group just want Diane and Liz to encourage Sabrina to put out a statement, but Diane and Liz won't do that to their client. The group takes it further, continuously hounding Sabrina to push her into saying something. So Sabrina agrees to, but not what they want her to say, amounting to overcoming political differences and promoting love. But it's not good enough. The group takes it much too far this time and targets Sabrina's transitioning sister and making her think it was the alt-right. This is the push Sabrina needed to make a statement against the alt-right. The group has no regrets about what they've done, Diane and Liz have plenty. But they're staying with them anyway because they are effective. Because doing the wrong things for the right reasons is apparently okay.

Julius is getting trained by Marissa to be the perfect candidate. When he meets with Republicans for an interview, they have just one major problem with Julius, him having Marissa, AKA Eli Gold's daughter and Democratic, working for him as his campaign manager. They don't trust her, and they won't trust someone who has her as a campaign manager. They want him to fire her. Marissa gets flack too. Frank, from the DNC, is super pissed that Marissa is working for the opposing party, and so is Eli apparently. But Marissa is standing by her candidate, and because she's standing by him, Julius decides to stand by her. You guys, this is the partnership/friendship I never knew I needed until now.

- Julius has six children?!?! Had that already been established?

- What do you think is going on with Adrian and the firm? Is he forsaking his beliefs in the name of the almighty dollar? Is he hurting this firm more than he's helping it with his money-first thinking?

- We got another animated short this episode. All I'll say is at least it wasn't as long as the others.

- I guess Maia ultimately didn't really need to fake that drug test now, did she?