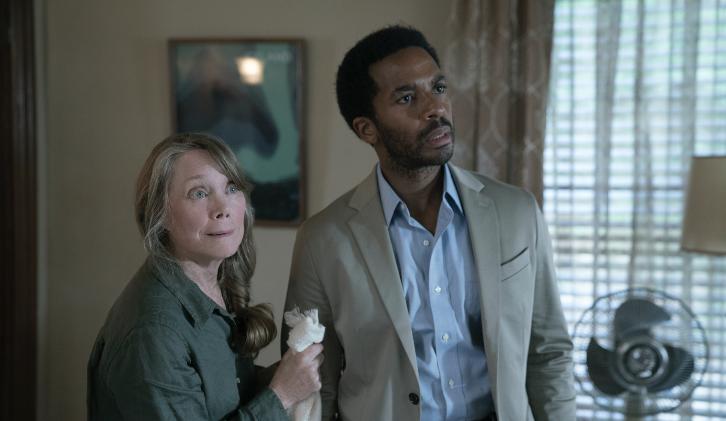 #CastleRock may be a small town, but it’s home to very big secrets. Plan your visit for tomorrow, July 25 on @hulu. pic.twitter.com/z4L98Z9QG5

The past catches up with Molly Strand.

Henry gets a new client at Shawshank Prison.

In just 5 days #CastleRock will open its gates. Come and join us July 25 on @hulu. pic.twitter.com/XnSBurHWBk

The Search for Castle Rock Documentary 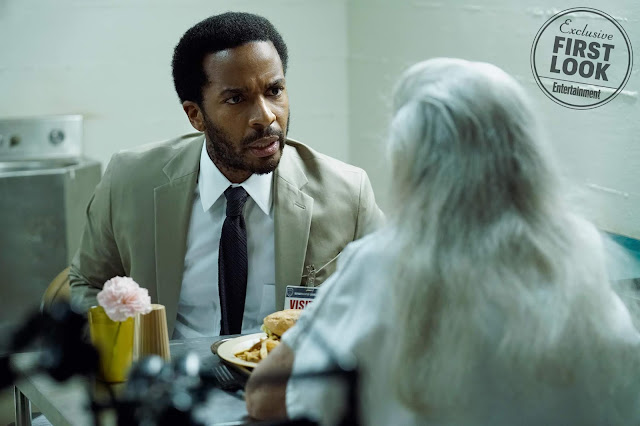 The hero of Hulu’s anthology drama, based on Stephen King’s stories, grew up in the titular Maine town, where he had been involved in — and then accused of causing — an incident that left his father dead. The trauma set him on a path to making the macabre career choice of becoming a death-row attorney. “He really wants to save these people’s lives, but at the same time, I think there’s a subconscious punishment that he’s doling out on himself,” Holland explains. “He refuses to give up.”

Henry Deaver, a death-row attorney, confronts his dark past when an anonymous call lures him back to his hometown of Castle Rock, Maine.

Entertainment Weekly Interview
“Complicated” is putting it simply. As a child, Henry was involved in an accident that left his father dead and him the sole suspect, but he has no memory of it and eventually fled when townspeople turned against him. Now a death-row attorney with few connections — his clients, see, usually die — Henry only returned home because a mysterious inmate at Shawshank State Penitentiary (Bill Skarsgård, below), who was discovered in a cage deep beneath the facility, asked for him. Only him. Yet, Henry has never heard of the inmate — and the inmate, nicknamed “The Kid,” has been in solitary confinement so long that he may be insane.

NYCC Promo
A psychological-horror series set in the Stephen King multiverse, Castle Rock is an original story that combines the mythological scale and intimate character storytelling of King’s best-loved works, weaving an epic saga of darkness and light, played out on a few square miles of Maine woodland.