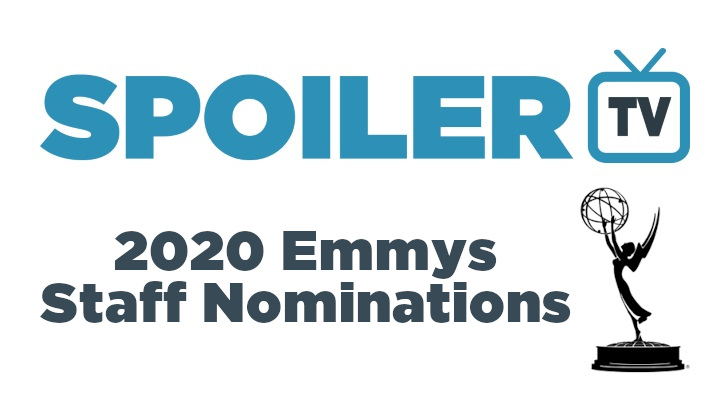 This Tuesday, July 28 at 11:30am ET/8:30 am PT, the nominations for the 72nd Primetime Emmy Awards will be announced ahead of the ceremony on Sunday, September 20, broadcast on ABC. Ahead of Tuesday's announcement, which you'll be able to follow here on SpoilerTV, I put it to our team to give their nominations for who they'd like to see shortlisted.

It's important to note that these are not predictions; many of these will likely not make the official list. These are the nominations that the team would make if they were a voting member of the Academy. As such, they had to adhere exactly to the Emmy ballots, which means that only those who submitted were up for debate, and performers and programs had to be listed in the category that they were on in the ballots.

Have a read through the team's collective nominations and then hit the comments with who you'd nominate, were you an Academy voter.

Brooklyn Nine-Nine
Dead to Me
GLOW
Insecure
Schitt's Creek
Sex Education
The Good Place
The Marvelous Mrs. Maisel
What We Do In the Shadows
Zoeys Extraordinary Playlist