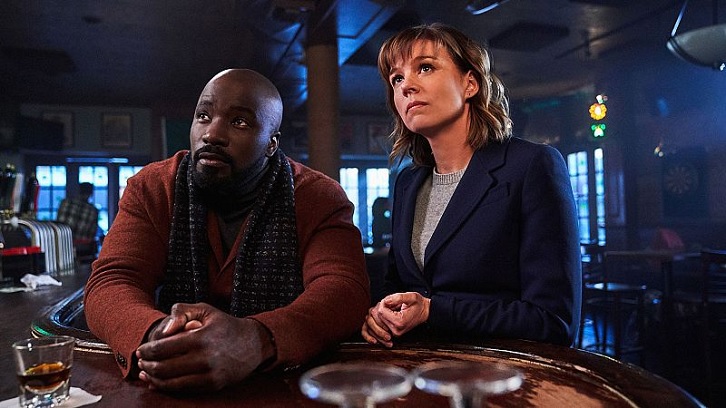 “Pilot” – Forensic psychologist Kristen Bouchard is hired by the Catholic Church to work with David Acosta, a priest-in-training, and contractor Ben Shakir, to determine whether a serial killer is possessed by a demon or merely a psychopath. Kristen finds that she has a taste for the work and is invited to join the team on a permanent basis, on the series premiere of EVIL, Thursday, Sept. 26 (10:00-11:00 PM, ET/PT) on the CBS Television Network. Christine Lahti, Kurt Fuller, Brooklyn Shuck, Skylar Gray, Maddy Crocco and Dalya Knapp also star.

The series focuses on a skeptical female psychologist who joins a priest-in-training and a contractor as they investigate the Church’s backlog of unexplained mysteries, including supposed miracles, demonic possessions and hauntings. Kristen Bouchard cuts ties as an expert witness for the District Attorney after being pushed to lie in court regarding an alleged murderer who appeared to be possessed. To make ends meet, Kristen accepts a job offer from David Acosta, a former adventure-seeking journalist now studying to be a priest and tasked by the Church to assess unexplained phenomena. Rounding out the trio is Ben Shakir, an even-tempered realist recruited by Acosta for his carpentry skills, which he uses to uncover practical rationales behind “hauntings.” Ever logical, Kristen is certain science can provide answers to every incident they encounter – including her own chillingly real night terrors. That is, until she meets Leland Townsend, a sinister man who oozes menace and threatens her and her four young daughters. Undeterred, Kristen, David and Ben set out to assess inexplicable events to see if there’s a logical explanation or if something truly supernatural is at work