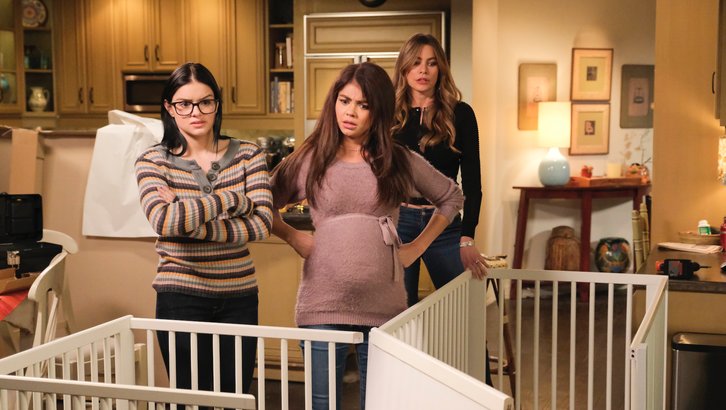 Press Release
IT’S ALL ABOUT AN EAGLE ON AN ALL-NEW EPISODE OF ABC’S ‘MODERN FAMILY,’ WEDNESDAY, MARCH 13

“The Wild” – Mitch, Cam and Phil crash Jay’s annual hiking trip to find an elusive bald eagle after Gloria asks them to keep an eye on him. Meanwhile, Gloria, Alex, Claire and Haley get together to plan her baby shower on “Modern Family,” WEDNESDAY, MARCH 13 (9:00-9:31 p.m. EDT), on The ABC Television Network, streaming and on demand.

Guest starring is Josh Brener as Carl, Frankie A. Rodriguez as Eduardo and Greta Jung as Mia.

“The Wild” was written by Elaine Ko and directed by Jim Bagdonas.