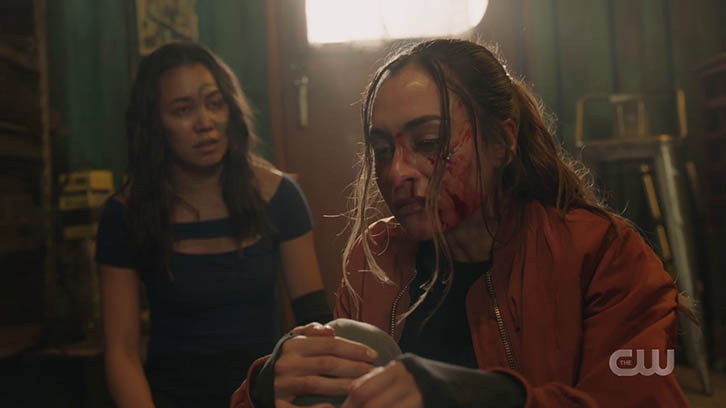 Week three of the final season of The 100 brought with it an episode that required a significant amount of suspension of disbelief to get through, but the end result was largely worth it. Writer Kim Shumway and director Tim Scanlan delivered an episode that was probably the most enjoyable to watch so far this season, titled "False Gods".

I don't typically mind a predictable storyline so long as it's worthwhile and well executed, and Raven's nuclear reactor subplot ticked both of those boxes. While realism went out the window, the point of it all was to bring Raven into the world of grey, as Murphy so eloquently put it. Many of the big name characters - both alive and dead - have had to choose who is essentially more expendable, and though Raven's deceitful sacrifice of four Eligius prisoners was on the smaller scale compared to what we've seen so far, this made it much more personal.

Though it wasn't overly necessary from a storytelling perspective, Murphy and Emori were also deeply involved in this subplot, and the episode was better off for it. Emori's history as Raven's apprentice, which was fleshed out in recent seasons, was called upon, with Murphy providing a more experienced gray outlook on the situation as it deteriorated.

Before things became dire, however, the meltdown storyline was used to cause a shitstorm among Wonkru. Gaia was forced to reveal to her peers that there was in fact no longer a Commander due to Madi's issues with Sheidheda. As expected, we're back into the usual rotation policy regarding character usage, and Madi was left out altogether - something I found surprising because she really needed to speak for herself in some parts. Gaia's unusually lengthy screen time in this hour felt somewhat out of place, but that's a minor gripe. 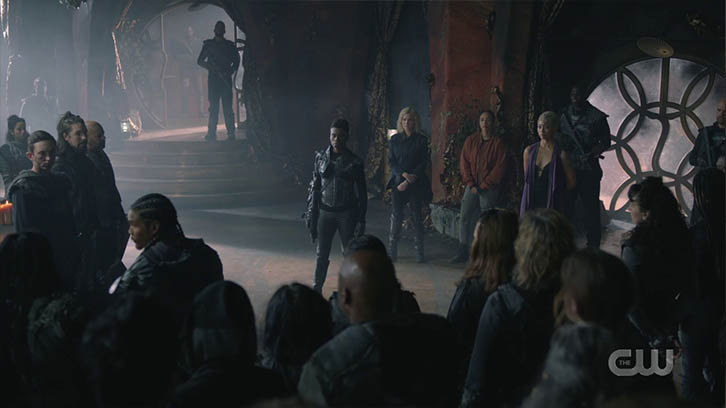 Just as the reactor almost reached boiling point, so did tensions among those in Sanctum. While the revelation that there was no Commander to lead Wonkru was perhaps the most important division that was created, it was also clear that the Eligius prisoners aren't exactly loving being second class citizens either. Then there's the conflict between the believers and non-believers, and a third faction of die-hard loyalists to Russell Prime (I'm assuming not all of Russell's followers are willing to die for him, even if that isn't apparent at the moment).

It seems that Jordan is being written in a way that makes him a pawn for Russell's followers because he lives by the morals of his parents. In this hour he took matters into his own hands to ensure that Russell's impending execution was going to go smoothly when he heard rumors of an impending attack by his followers. Essentially all this resulted in was a delay in Russell's execution, but what did become clear is that Jordan's views, and those of Clarke, differ. Though neither want to see any more bloodshed, Clarke is seemingly determined to dispose of Russell as a last rite essentially, while I get the feeling Jordan would rather him not die at all.

Clarke had a much quieter hour than I expected. Early on, we saw her and Gaia take a moment to bury Abby's ring and the Flame. Why they decided to bury both objects seemed a bit strange to me, and I'm fairly certain both will be dug up before the season is out. There was the expected conversations with Indra and Jordan regarding Russell, and a stint with Raven in which she initially agreed to enter the containment zone near the reactor and do the job that Emori ended up doing. She was sidetracked from that, however, which was a good thing because her most important moment came late in the hour when again talking with Gaia: 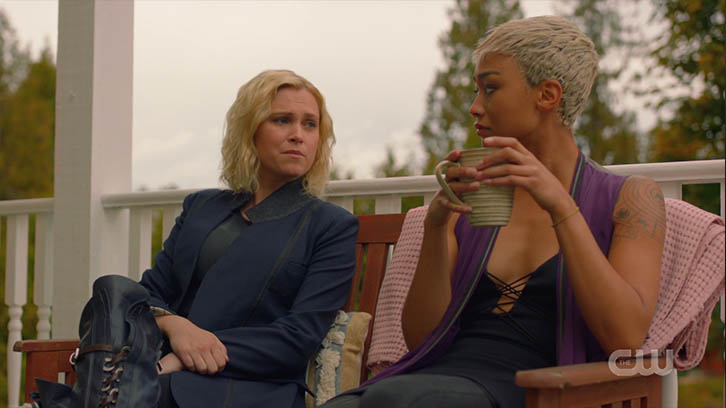 I mentioned in my review last week that The 100 seems to be stuck in an endless loop of sorts with regard to the basic premise of each season, and by extension the fighting that comes with it. We heard similar words from Clarke at the start of season 6, but it wasn't fully acted upon. Surely, given we're in the final season now is the time to make good here, and choose a different path. In what's been a tumultuous week in the real world, some unity would do a ton of good, and the same also goes for The 100.

Returning to the meltdown subplot, I have to say I was pleased to see a hint of romance injected into this season. This came early on when the young couple were left alone in the control room, only to die moments later as a result of radiation. Murphy and Emori showed a surprising amount of affection for each other, and are probably stronger than I expected them to be, given that last season their relationship could plausibly have continued purely for convenience and self-preservation. 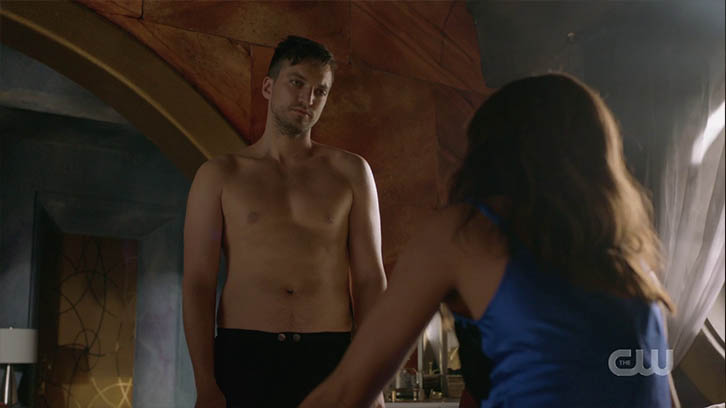 As a contrast, we now have Gaia and Raven feeling particularly vulnerable and alone. Though Gaia isn't the right sort of character to expand beyond her current state and purpose, Raven has had a tough run, losing her only real flame about this time last season as they tried to breach the shield surrounding Sanctum, and I think many fans would be open to her finding someone new. In saying that, part of her strength as a character is that she's very independent and headstrong, and given this show's character rotation policy, there's likely not enough time for the showrunners to develop anything meaningful. She did need a shake-up emotionally, which was exactly what the meltdown subplot set out to achieve.

In summary, there was a lot to like in this hour, despite any semblance of realism being thrown out the window. Raven's stint and subsequent character development was the easy winner for me here, but Murphy and Emori were ideal tag-alongs and were well utilized. The freshly stoked division didn't get under my nose like it usually does - maybe it was because Madi's secret is now out in the open. It will be interesting to see how long Russell's death sentence can be stalled for, though I am dreading the Sheidheda influence that will likely ensue. Also of note was getting a decent taste of the Eligius prisoners - Jason Rothenberg appears to have something in store for them going forward which is great news on its own.

That's it for me this week. Pretty short and sweet as I'm a wee bit short on time. As always, thanks for reading, and be sure to share your thoughts and theories in the comments below.