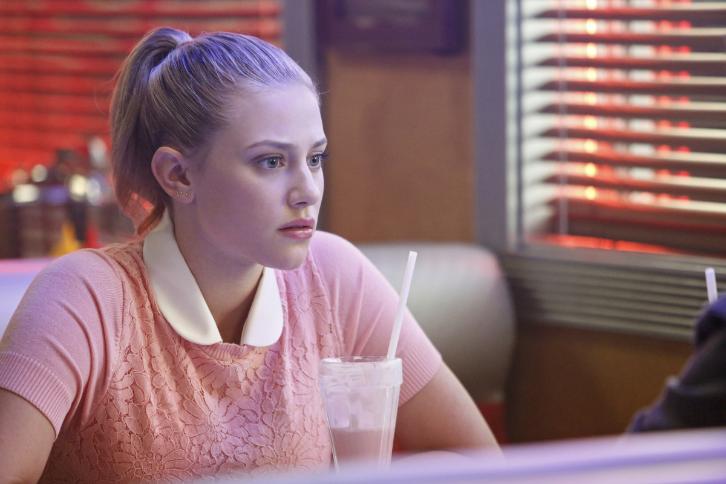 THE HOUSE OF SECRETS AND LIES — With Jason’s funeral around the corner, the Blossom family moves forward with last minute preparations – and a secret agenda. Meanwhile, Archie’s (KJ Apa) attempt to refocus his energy on football comes to a halt when an opportunity to work with a new music mentor presents itself. Betty (Lili Reinhart) dives deeper into her investigation of Jason’s death and unearths some dark revelations about her family. Elsewhere, after uncovering secrets about her own family, Veronica (Camila Mendes) forms an unlikely friendship with Cheryl (Madelaine Petsch), who is having a tougher time with Jason’s impending funeral than she lets on. Finally, Hermoine (Marisol Nichols) turns to Fred (Luke Perry) for help after receiving a cryptic message from the Southside Serpents. Cole Sprouse and Madchen Amick also star. Jesse Warn directed the episode written by Ross Maxwell (#105). Original airdate 2/23/2017.