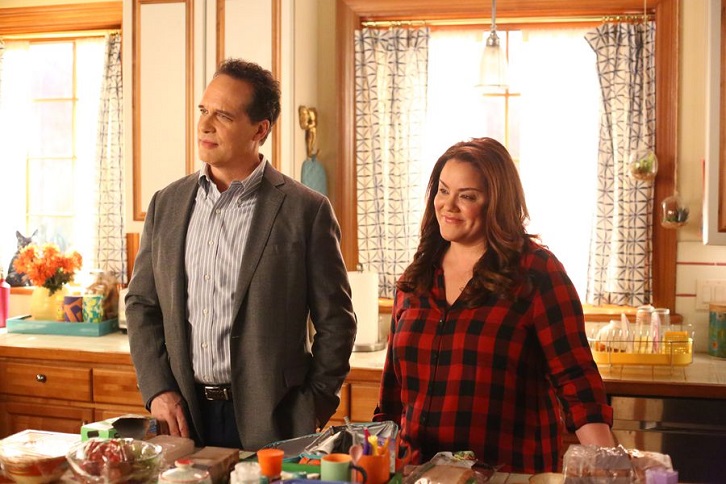 Press Release
KATIE AND GREG LOOK FOR AN ACTIVITY THEY CAN ENJOY TOGETHER ON AN ALL-NEW EPISODE OF ABC’S ‘AMERICAN HOUSEWIFE,’ FRIDAY, NOV. 29

“Hip To Be Square” – In an effort to stay connected, Katie and Greg look into activities that they can enjoy as a couple. Meanwhile, Anna-Kat has her own hurdles to overcome when Franklin (Evan O’Toole) shines at square dancing and she fails miserably. Plus, Tripp (Peyton Meyer) struggles with the idea of Taylor going away to college on an all-new “American Housewife,” FRIDAY, NOV. 29 (8:00-8:30 p.m. EST), on ABC. Episodes can also be viewed the next day on ABC.com, the ABC app and Hulu.