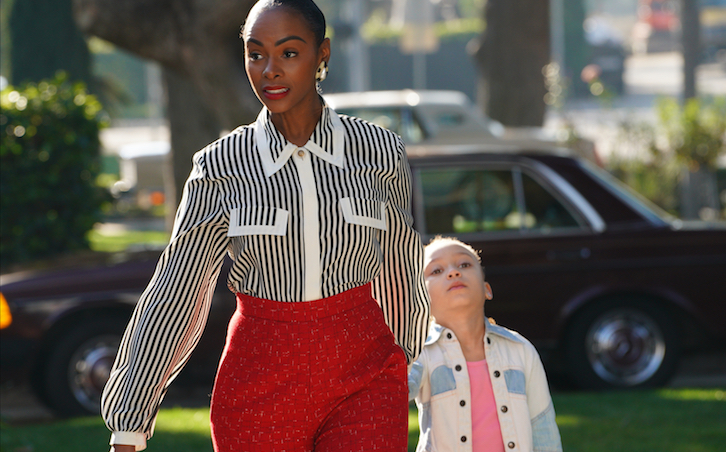 Press Release
THE JOHNSONS ARE EXCITED TO WELCOME A NEW FAMILY TO THE NEIGHBORHOOD ON AN ALL-NEW EPISODE OF ABC’S ‘MIXED-ISH,’ TUESDAY, FEB. 25

“Say Hello, Wave Goodbye” – The Johnsons welcome an African American family that has just moved into their mostly white neighborhood. Santamonica doesn’t get along with the new neighbor’s daughter, until she gives Santamonica attitude. Meanwhile, Rainbow is excited to celebrate her one-month anniversary with Bryce, but he tells her some devastating news on “mixed-ish,” airing TUESDAY, FEB. 25 (9:00-9:30 p.m. EST), on ABC. Episodes can also be viewed the next day on ABC.com, the ABC app or Hulu.