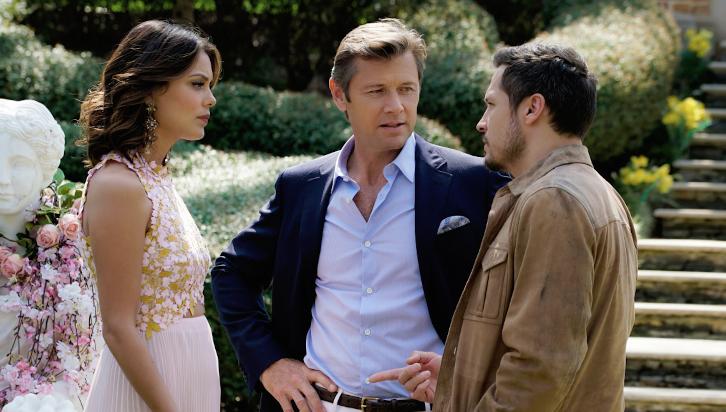 SERIES PREMIERE — Fallon Carrington (Elizabeth Gillies) is charismatic, cunning, and poised to become the new COO of her father Blake’s (Grant Show) global energy empire – or so she thinks. Along with her brother Steven, (James Mackay) Fallon is horrified to learn that they were called home not to announce her promotion – but rather to make the acquaintance of their stepmother-to-be, Cristal (Nathalie Kelley). When Blake chooses Cristal over his own daughter, Fallon sidles up to Blake’s biggest rival, Jeff Colby (Sam Adegoke), to seek her revenge. Meanwhile, when Cristal’s nephew Sammy Jo (Rafael de la Fuente) comes to town, her carefully concealed history could bring her future crashing down – and who knows who else she might take down with her. Alan Dale and Robert Christopher Riley also star. Sallie Patrick, Josh Schwartz and Stephanie Savage wrote the episode, directed by Brad Silberling (#101). Original airdate 10/11/2017.