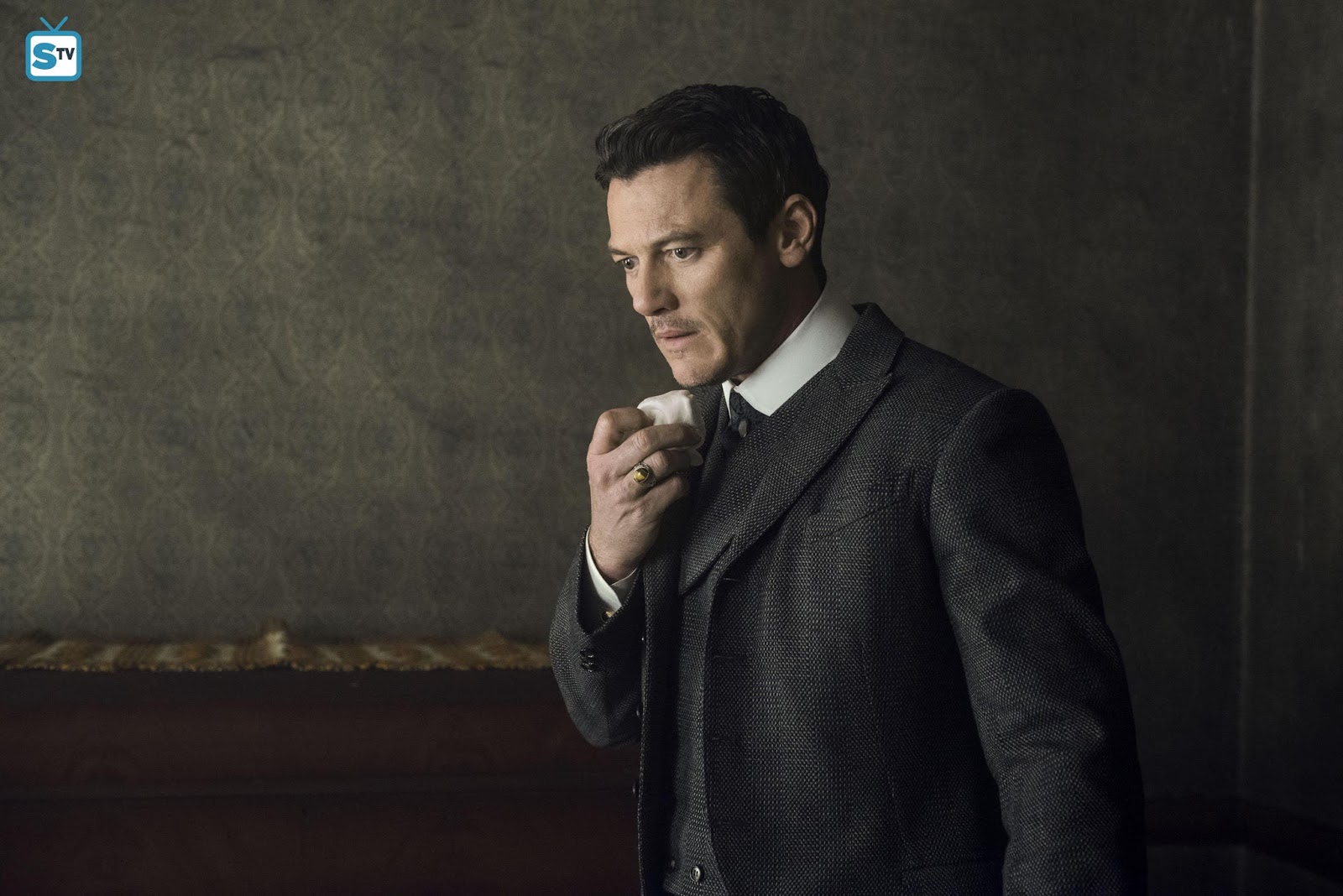 Kreizler mourns the loss of a friend. Sara pushes the team to forge ahead. Moore warns his friend the killer will strike again. Cyrus seeks revenge.


Poor Mary! I was so shocked when I saw that scene at the end of the last episode. The Alienist is coming to an end and we don't know if the series will be renewed for a second season - was it built to be a limited series or not? Anyway, everyone is mourning Mary's loss and everyone reminds her in a very different way. Sara keeps being one of the most compelling characters of the story: although I'm not a fan of Dakota Fanning, she's a fierce young woman willing to do everything she can to solve the case. At this point, Daniel Bruhl's character is the weakest in the show.

Some teasers from the episode:

- The police enforcement kinda sucks a little. Roosvelt points this out.
- Someone would stop all this noice? Moore seems can't concentrate.
- Who said hide and seek is an innocent game?
- Can you picture Moore as the killer?
- Do people really enjoying seeing chickens fight?
- Towards the end of the episode, Sara, Moore and the others make a shocking discovery. And it's all bloody.

Some quotes from the episode:

"We'd like to explain this to Mr. Murray." "I am Mr. Murray".
"We're the sentences [author's note: not sure if I've spelled correctly this word] department. We keep everything."
"You're trying to be a detective, Mrs. Howard?"
"I teach english, I know what 'friend' mean."

One episode to go: what do you think of the season so far? Share your comments below.