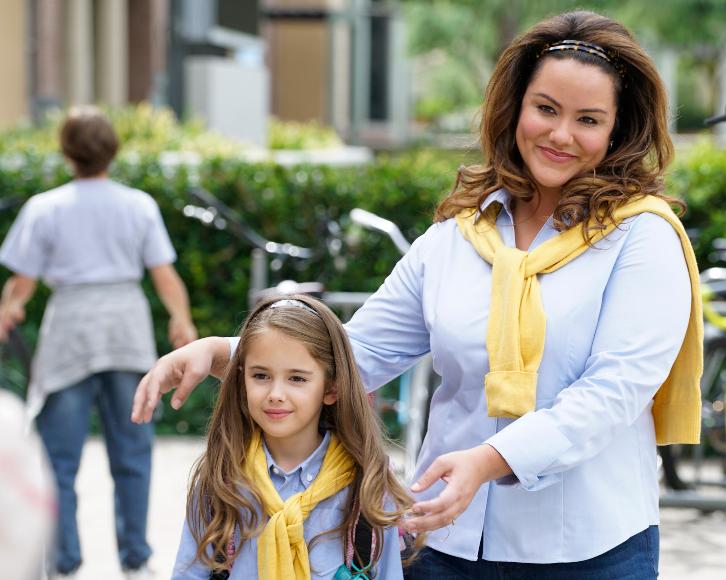 “The Snub” – Katie swallows her pride and does the unthinkable, emulating the “perfect” Westport moms by dressing like them and hanging out at the yoga studio, in an attempt to get Anna-Kat a coveted invitation to a popular girl’s birthday party, on “American Housewife,” airing TUESDAY, NOVEMBER 15 (8:30-9:00 p.m. EST), on the ABC Television Network.

Guest starring are Jeanette Sousa as Suzanne and Carly Craig as Tara.

“The Snub” was written by Rick Wiener & Kenny Schwartz and directed by Ryan Case.