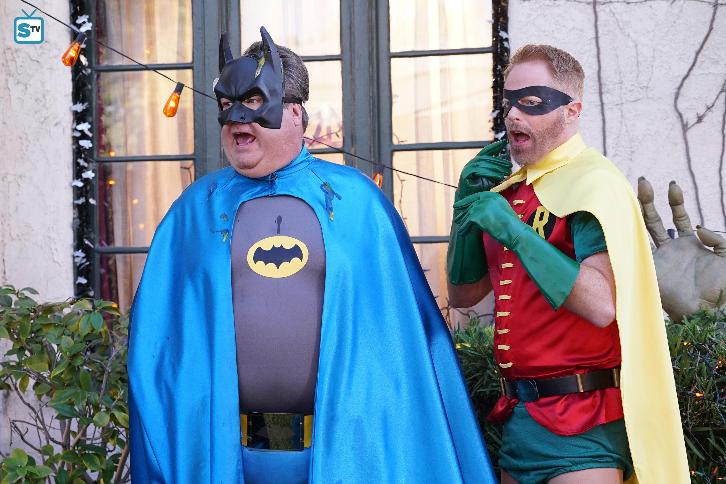 REVENGE IS BEST SERVED ON HALLOWEEN. ON ABC’S ‘MODERN FAMILY’

“Halloween 4: The Revenge of Rod Skyhook” – Luke’s Halloween party isn’t the monster bash he dreamed of and is at risk of having the worst party of the year. Sensing trouble, the rest of the Dunphy’s realize all his party needs is a visit from Rod Skyhook, a little promotion and some adult supervision to get it started. Meanwhile at the Tucker-Pritchett home, Cam faces off with his Halloween nemesis while Lily and Mitchell try to save the day and work to keep him from going to the darkside. Finally, when Jay finds out that Manny is going to a party at the home of an old enemy, he enlists him to deliver a trick he will never forget.

“Halloween 4: The Revenge of Rod Skyhook” was written by Stephen Lloyd and directed by Chris Koch.