ROOKIE BLUE - In the premiere episode, "The First Day of the Rest of Your Life," Andy's real life comes flooding back when she returns to 15 Division after a three-month suspension, ready to face an official tribunal that will decide if she should be reinstated to active duty. Reuniting with her police family, she also meets her possible replacement - new rookie Nick Collins. A tense face-off with fellow officer Sam Swarek is interrupted when they are involved in a multi-car collision, caused by a very drunk driver, Henry McLeod (William Shatner), with a serious grudge against the police. When a mysterious young girl vanishes from the scene of the accident, Andy connects her to a seven-year-old cold case. Will Andy-still on suspension - and the rest of the Division be able to find the missing girl and uncover the circumstances of her disappearance before it is too late? Whether Andy and Sam can reignite the passion they once had may be an even bigger question. "Rookie Blue" premieres THURSDAY, MAY 24 (10:00-11:00 p.m., ET), on the ABC Television Network. (ABC/CAITLIN CRONENBERG) NIAMH WILSON (OBSCURED), MISSY PEREGRYM 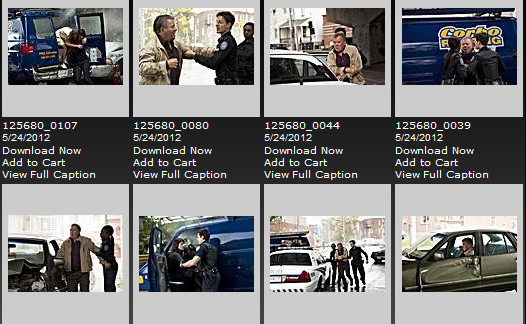