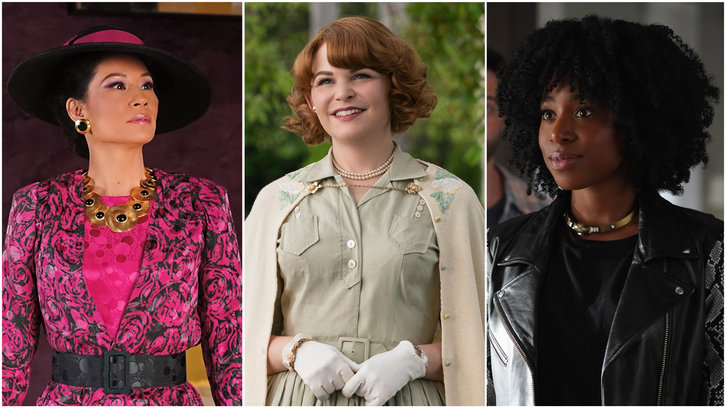 Decades change, men never do. @LucyLiu stars as Simone, a stunning socialite in #WhyWomenKill, coming to #CBSAllAccess on August 15. pic.twitter.com/kOqADBsgnr

On August 15, #GinniferGoodwin absolutely kills it (????) in the role of 1960s housewife Beth Ann in the new drama, #WhyWomenKill. Only on #CBSAllAccess. pic.twitter.com/vew2qDFW8E

WHY WOMEN KILL details the lives of three women living in three different decades: a housewife in the ‘60s, a socialite in the ‘80s and a lawyer in 2019, each dealing with infidelity in their marriages. The series will examine how the roles of women have changed, but how their reaction to betrayal…has not.

CBS All Access’ growing slate of original series currently includes THE GOOD FIGHT, THE TWILIGHT ZONE, NO ACTIVITY, STRANGE ANGEL, premiering its second season on June 13, and TELL ME A STORY. CBS All Access’ slate of original series will continue to expand with the addition of the new series WHY WOMEN KILL and INTERROGATION and the limited series THE STAND, with additional programming to be announced. CBS All Access is also the exclusive domestic home to STAR TREK: DISCOVERY and the upcoming STAR TREK: LOWER DECKS and STAR TREK: PICARD, featuring Sir Patrick Stewart reprising his iconic role as Jean-Luc Picard.