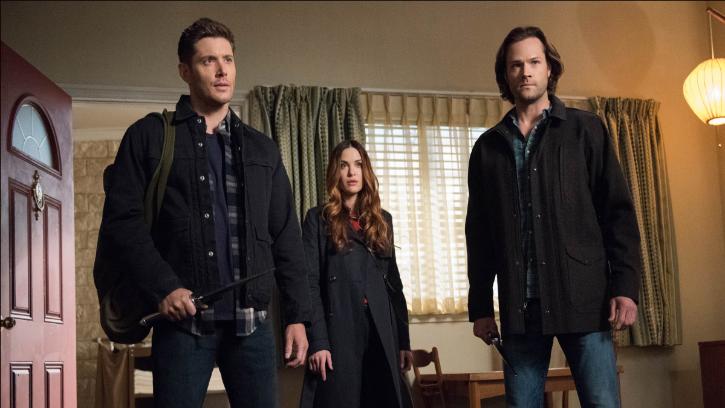 Inside the Episode
Thanks to Ivan for the heads up.

Danneel Ackles Interview
TVLINE | Has this been something that you’ve wanted to do for a while, to be on the show?

Not really. Back when the show first started two million years ago, I was out on One Tree Hill, and [Jensen] was up in Canada. So we were both very busy. Then when we started having kids and things slowed down, Supernatural was already on its way, and I thought, “That’s his thing.” But now, Eugenie [Ross-Leming] and Brad [Buckner], who are executive producers of the show, came up with this character and pitched it to me, and I thought, “Yeah! This is it. This is the reason to do it.” She’s a badass female character who just knows what she wants, and they kind of wrote it with me in mind, they say. So I was just really attracted to it, and wanted to give it a shot.

TVLINE | Besides being a badass, what else defines her?

They kind of pitched her as a business woman. She’s in it for herself — not in a negative way. Not in a “I’ll step on whoever I have to make things great for me” [way]. More in the way of, “You know what? That sounds good. I like that today. And that sounds great. I like that. That works for me, and that’ll help.” So she’s a business woman and a very powerful faith healer.

BTS Photo
Thanks to Sans Summers for the heads up. 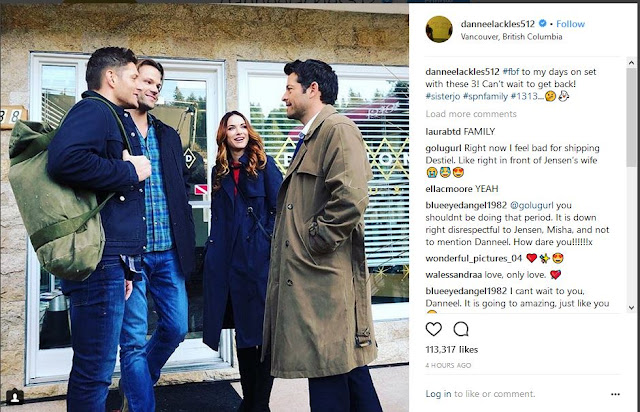