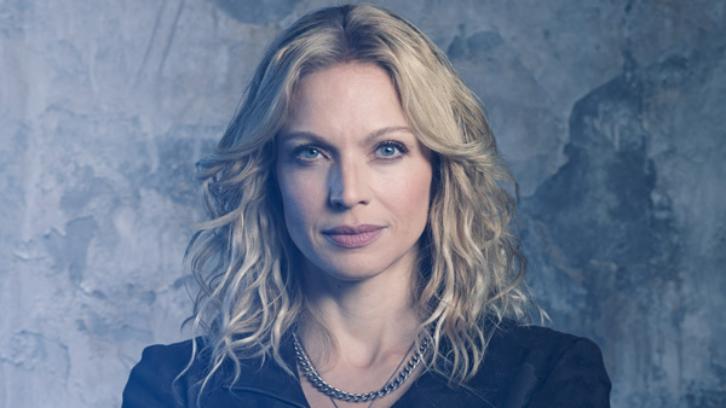 Thanks to 90sbaby for the heads up.

Based on Richard Morgan’s award-winning 2002 cyberpunk sci-fi novel, Altered Carbon is set in the 25th century when the human mind has been digitized and the soul is transferable from one body to the next. Takeshi Kovacs (Kinnaman), a former elite interstellar warrior known as an Envoy who has been imprisoned for 500 years, is downloaded into a future he’d tried to stop. If he can solve a single murder in a world where technology has made death nearly obsolete, he’ll get a chance at a new life on Earth.

Lehman will play Miriam Bancroft, the wife of the wealthy, over-500-year-old Laurens Bancroft (Purefoy) who is not just the striking beautiful trophy wife she appears to be. Miriam, having lived for 250 years, will do anything including playing to people’s desires in order to survive another 1,000 years.