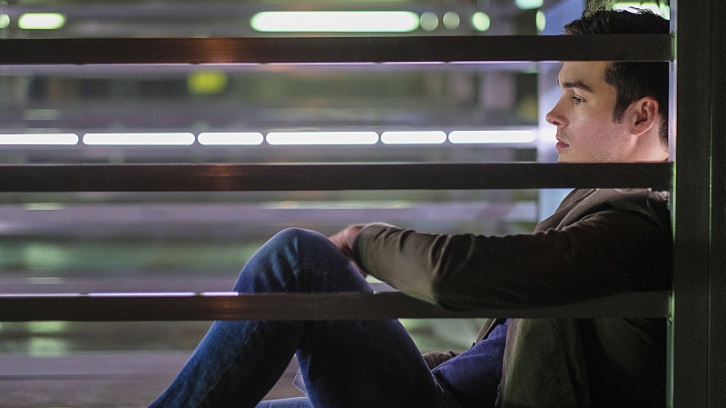 Sneak Peek Thanks to sonofgod87 for the heads up. Jeremy Jordan Teases Cyborg Superman, Guardian and More with EW Thanks to A for the heads up.
Some people have criticized the show for turning James into a vigilante because they were hoping for the show to highlight the other ways people can be heroes. What was your reaction when you first heard about this story, and do you think that argument has some merit? Sure, I think Winn becomes the voice of that argument and then, later on in the season, Kara becomes the voice of that argument. There is the idea of feeling like you are less than when you’re spending all of your time with someone with superpowers, so you’re always constantly trying to overcompensate and trying to build yourself up and feel like you can do something as well. So, you have to go through that process before you can be able to come to the conclusion that you actually can be a hero without doing all of these things. If that is the conclusion they finally come to, so be it, but at this point, they’re finding their own way. They’re both also kind of heartbroken and [laughs] whether it’s them asserting their masculinity by going out and fighting bad guys with brute strength, it’s kind of how they’re dealing with the circumstances that they’ve been left in at this point. Winn has made that argument already that we fight with knowledge and we fight with what we’re given to help people, but at the same time, there are other ways to fight. Winn is still fighting with those things even if James is using more of his muscles. But, yeah, that sort of argument starts to surface as the season progresses. The fans are definitely not wrong in pointing that out, but I think we are sort of a step ahead of that and addressing that as the season progresses. After they clear this obstacle, what kind of rhythm do James and Winn get into? What’s that new dynamic like? It’s something that they’re still sort of discovering. Basically at this point, Winn is at the controls and he’s in the little van. Guardian has a body camera, so Winn can see everything that’s happening. He has all the diagnostics and is basically Guardian’s third eye. He’s like, “Oh, use this grenade” or “use this fun weapon I designed,” or “deploy your shield.” It’s kind of like Winn is Guardian’s director at this point. That’s kind of how they do their battle plan. Guardian and James probably could handle stuff on their own, but as we saw earlier in the season, he kind of needs help, so Winn is there to provide support.
Source:
Read More on EW