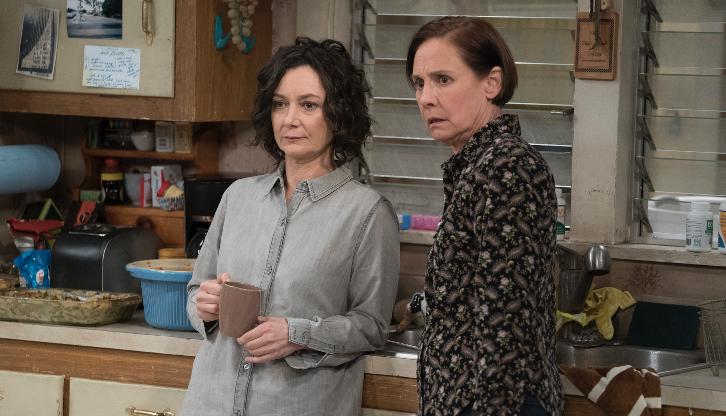 Justin Long to Recur
Justin Long has been tapped for a recurring role as Neil, a love interest for Darlene (Gilbert), Deadline has confirmed.

“Keep on Truckin’” – A sudden turn of events forces the Conners to face the daily struggles of life in Lanford in a way they never have before, on the series premiere of “The Conners,” airing TUESDAY, OCT. 16 (8:00-8:31 p.m. EDT), on The ABC Television Network, streaming and on demand. A spinoff of the groundbreaking family comedy “Roseanne,” the series features John Goodman (Dan), Laurie Metcalf (Jackie), Sara Gilbert (Darlene), Lecy Goranson (Becky), Michael Fishman (D.J.), Emma Kenney (Harris), Ames McNamara (Mark) and Jayden Rey (Mary) as their beloved Conner characters, with the new and talented addition of Maya Lynne Robinson (Geena).

“Keep on Truckin’” was written by Bruce Helford, Dave Caplan and Bruce Rasmussen, and directed by Andy Ackerman.

“We’re thrilled to welcome the incredibly talented Maya Lynne Robinson to the cast this season. Her character 2nd Lieutenant Geena Conner, whom a younger DJ was reluctant to kiss in his school play, comes full circle as his wife and Mary’s mother, bringing back a little piece of Conner history. Yet, while Geena is no stranger to the family, viewers old and new will enjoy seeing how her ‘military-style’ discipline meshes with the Conners’ more laid-back attitude,” said showrunner and executive producer Bruce Helford.

The little girl that DJ was reluctant to kiss is all grown up. Welcome to #TheConners @MissMayaLynne. pic.twitter.com/Au86R8g5S0