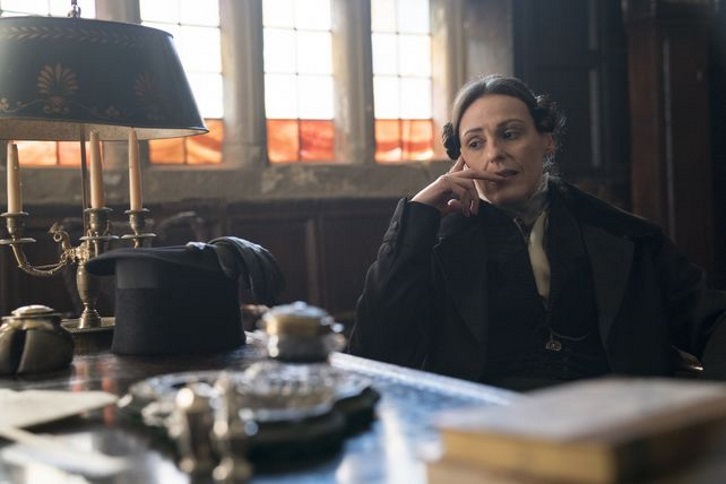 Before setting off for Europe to escape her heartache, Lister (Suranne Jones) invites Christopher Rawson (Vincent Franklin) to Shibden to rebuke him for publicly insulting Marian (Gemma Whelan). Later, Lister comes up with a bold strategy to mine her own coal and expose the Rawson brothers’ industrial-scale theft. In Scotland, Ann Walker (Sophie Rundle) becomes increasingly distressed when she discovers that her brother-in-law, Captain Sutherland (Derek Riddell), plans to marry her off to his penniless cousin. A trip to London with her old flame, Mariana Lawton (Lydia Leonard), exposes Lister to crippling memories of their past relationship. Despite his lowly social status, Thomas Sowden (Tom Lewis) plucks up the courage to speak to Mr. Washington (Joe Armstrong) about his future with Suzannah (Amy James-Kelly).